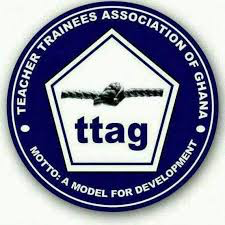 The Teacher Trainees Association of Ghana (TTAG) said on Tuesday that Government of Ghana (GoG) is in the process for the payment of the 6 months teacher trainees allowance before Colleges of Education resume.

TTAG leadership after a meeting with the Management of the Students Loan Trust Fund (SLTF) stated that the allowance may be paid before the end of December this year 2021.

“The Director in charge of allowance in an engagement vowed that they will fast track the process to make payment before Colleges of Education resume and if possible before the end of December this year,” TTAG stated in the release.

According to the Spokesman for the Ministry of Education (MoE), Kwesi Kwarteng in October this year mentioned in an interview with Accra-based Citi 93.7 FM saying, the Ministry of Finance (MoF) has approved the payment of the much-anticipated teacher trainees six months allowance.

“The Ministry of Finance is responsible for releasing the funds. It is now at the level of the Controller and Accountant General’s Department for final disbursement. So I’m sure as soon as possible the money will be released,” he said.

Meanwhile, the Teacher Trainees Association of Ghana (TTAG) before their meeting with the Management of the Students Loan Trust Fund (SLTF) cautioned to undertake a nationwide industrial action if the owed allowances are not paid on time.

Also, TTAG in their release declared that late payment of allowances has caused most teacher trainees not to sit for the end of semester examination across various public Colleges of Education (CoE), since the government allowance trainees rely on to settle their school and examination fees,

“The delay of the payment of the allowance has subjected them to constant borrowing and the usage of the internally generated funds of the Colleges of Education,” the Teacher Trainees’ Association stated in a press release.