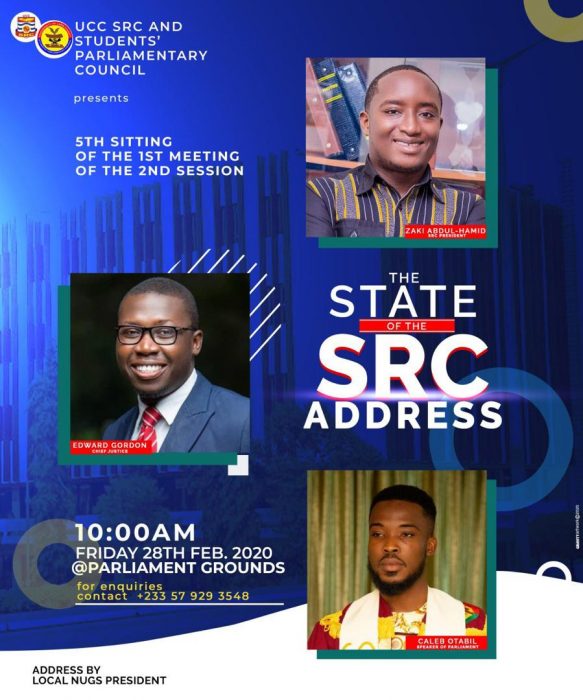 The Student Representative Council (SRC) President Mr Zaki Abdul-Hamid will tomorrow, 28th February 2020 address students on the state of the SRC before student’s Parliamentary Council members at the parliament grounds on campus.

The address will be the President’s first address since he assumed office last year.

The state of the SRC address is expected to cover areas such as, student’s welfare, internet connectivity on campus, issues regarding hall week’s celebrations, shuttle issues and many other issues that contribute to the stay of students on campus.

The President for Local NUGS will also have his time to address the house to account for his tenure of office.

The address is said to start at 10 o’clock in the morning.