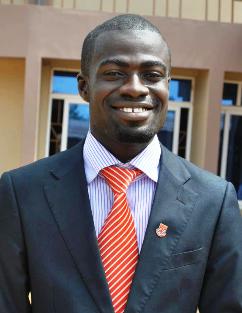 Emancipator Fires Back at SRC President

This statement has been necessitated by the barrage of insults spewed against my person by David Boakye, SRC President of the University of Cape Coast on an allegation that I granted publicity to a Press Release from his (SRC President) office, concerning the arrest of the SRC’s contractor by National Security operatives without giving SRC any prior notice.

I believe when a lie is allowed to fester, no matter how minute, it creates a reliable foundation for the erection of a mountain of falsehood. It is my considered view that the direct insults and vituperations heaped on my innocent self by the above-named person on the floor of UCC G.A. were unwarranted, needless and to say the very least, irresponsible especially when one considers the contours of my supposed “crime” according o the SRC President—that I “leaked” a Press Release to the media!

It beggars belief that an SRC President will choose to take me to the cleaners simply because he is embarrassed by an “English” he wrote by his own hands on an issue. Whoever heard of a Press Statement read to the birds of the air, or under a bed!?

Assuming without admission that I did, I am appalled and extremely scandalized by this development considering the fact that I did not add even a “full stop” to the said Press Release but gave it free publicity as it was originally released.

It is a fundamental requirement of discipline and political propriety, that I adumbrate the circumstances leading to his attack on me and to establish my innocence, against the counsel that demands I put his mouth where it rightly belongs.

Normally, I am not drawn into glorifying any form of political tomfoolery with such a dignifying response. I am moved by my deep love for this country and its teaming students who embody the hope and future of this beautiful land so much so that I am only entreating Mr.  David Boakye to come from the bend and rethink his attack on me.

I remain very open-minded about the possibilities of a meaningful engagement between all students, not just the two of us. I however would like to state categorically, that I will offer no apologies for my “good service” but will accept apologies wholeheartedly.  And I make a solemn promise that I will continue to grant free publicity to future Press Releases from the SRC President.

The Students Representative Council of University of Cape Coast has noted with great shock the irresponsible act of the National Security on our campus by arresting a contractor working on our sports complex project just at a tip of a mere rumour.
How can a whole National Security enter the premises of a well established tertiary institution without asking single individual in the University authority about what is happening on our land before proceeding to effect any arrest.

We are therefore by this notice giving the National Security 24hours to release the contractor to go back to site to continue his work which is already behind schedule.

1. Students of UCC are not prepared to add a pesewa to the project upon the daily change of prices of goods in the country maybe this what they should arrest.

2. Since this project is fully sponsored by students we can’t afford to here any change of venue due to such irresponsible acts delaying our work.

3. We can not tolerate their gross disrespect towards our authorities, especially our vice chancellor.