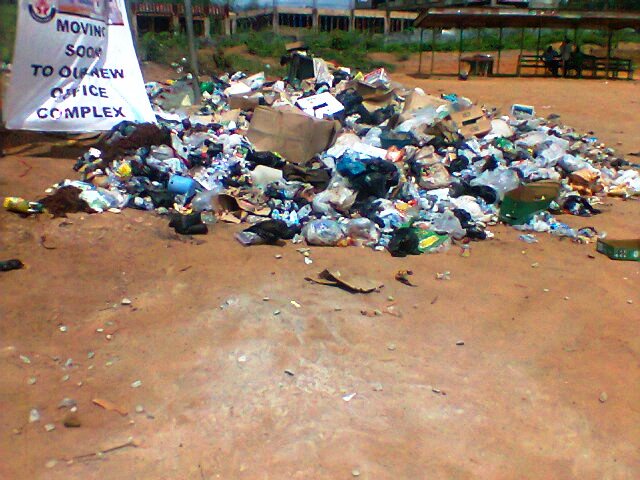 An overflow of a dustbin has now become a heap of refuse at the UCC Science station and has remained unattended for weeks. Odour from the refuse greets inhabitants, workers, drivers, passengers, as well as passers-by of the station.

When choicism.com got to the station on Sunday 9th March, 2014, the piles of refuse had overflowed two old dustbins and had covered wider area. Students who were boarding the taxis could be seen expressing their disgust.

Speaking to some drivers who pleaded to remain anonymous,  the dumped rubbish at the extreme right of the station beside the road leading to Amamomma and Ayensu Plaza is allegedly caused by sellers of the science market.

They said though the rubbish is frequently removed, they come to work to find a heap the following morning. To them, it appears their leaders have been doing nothing of the issue if the clearers do not turn up. Their leaders were however not around to comment on the matter. Around the station are food vendors and companies, if this odour is not contained its effects will be dreadful. The question is whose job is it to clear it ?