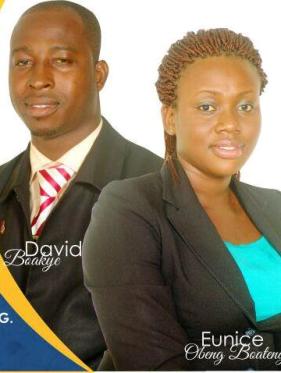 The Voice is SRC President for 2013/14 Academic Year

David Boakye popularly known as The Voice, a level 300 B.Ed Science student has beaten his closest contender Benedict Yeboah-Korankye aka Emancipator to become the next SRC President for the 2013/14 academic year.

Eunice Obeng Boateng will partner him as the Vice-President.

True to a poll that was published on choicism.com yesterday, The Voice has managed to defeat the status quo by winning on first attempt, a phenomenon that has not been seen for some years now.