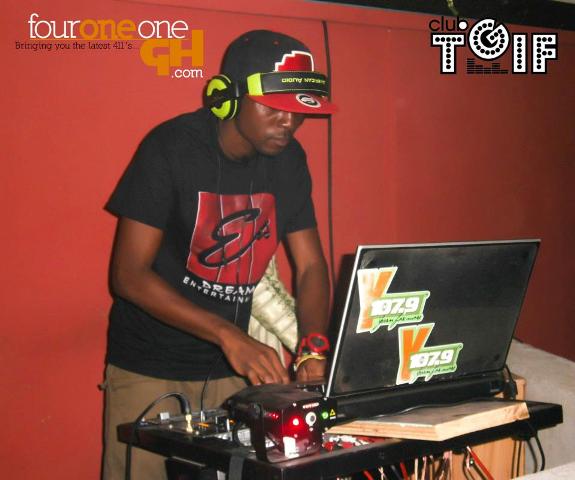 It was a showcase of pomp and pageantry at the Malta Guinness Centre near SSNIT hostel  Saturday October 12, 2013 at the maiden edition of Hospitality and Tourism students Association (HOPSA) welcome and get together party.

The event which was on the theme “Bonn Arrivee Socialization-2013” saw great participation with large number of students throng to the place to the admiration of the organizers.

In his opening speech, the president of HOPSA, Samuel Mensah-Ansah intimated that this was the first of it kind and it was primarily meant to integrate freshmen and women into the Association.

“This is one big family and we want to demonstrate to everybody especially the freshmen and women that they have come to the right family” he said.

The merry making also saw the participation of Prof. F. E. Amuquandoh, the Head of Department, and the two patrons of the Association, Dr. Ishmael Mensah and Mr. Joseph Abanga.

Samuel Mensah hinted that plans are underway for a socialization tour to the Oil City on 26th October, 2013, and they would visit places such as Pra Estuary, Sekondi Naval Base, Fort Sabastine, Vienna Beach ands many places.

Also present was Emancipator who charged freshmen and women to thread cautiously when they are “grabbing” so that they don’t end up in a ditch.