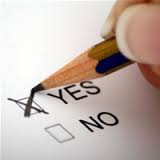 Dellfe Consult, an independent research institution comprising two students from the Department of Mathematics and Statistics, UCC namely Horsu Della Felix and Arkorful Benjamin have undertaken a survey to solicit the opinion of UCC electorates on their choice of candidate for the April 4, 2013 SRC Presidential elections.

The opinion poll which comprised a sample size of 800 students employed the use of questionnaire in the data collection process. The students were sampled from the various halls of affiliations and some students in the Diaspora.

The poll which was conducted several weeks before the vetting of the aspirants included Asempa, New Breed and the Democrat leaving out the Supreme.

As it stands now, three of the personalities that were included in the polls are not in the race and the Supreme who was not included is now part of the race.

It is not clear how tomorrow’s elections will mimmick this poll, but it looks like all the aspirants do not have a majority appeal.

Below are some excerpts from the report

The effect of the 12.4% (99 respondents) missing value of who the respondent will vote for in the main election can slightly influence the result between the second and the third position.