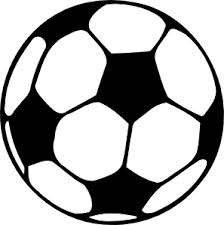 The Communication Students’ Association of Ghana (COMSAG) UCC chapter on Wednesday during the 56th Independence Anniversary organized a football match between level 200’s and level 100’s.

The former thrashed the latter in a 3-0 victory.

The level 100’s could not stand the heat after they went a goal down and continued to concede two more goals in the second half of the game. The level 200’s dominated in all facets of the game especially in defence where they featured players like Arhin Maxwell and Abdul-Karim Mohammed who made it difficult for the level 100’s to unlock their defense. Meanwhile Benneh and Divine were tormenting the defense of the level 100’s.

Communication Studies is one of the new programmes introduced by the university to train professionals in the areas of Journalism, Public Relations and Advertising. The programme is only two years old and promises to churn out high quality graduates who would be globally competitive.

After the game, the President of COMSAG, Xino Prosper said they were building a team to face their counterparts at the Ghana Institute of Journalism (GIJ) very soon.