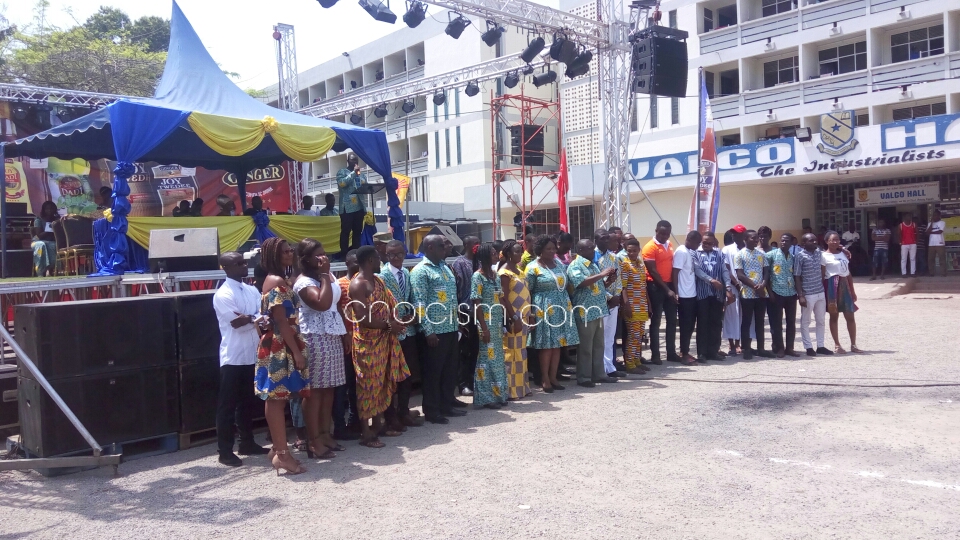 The celebration which was on the theme “Transformational Change for National Development: The role of the industrialists”, was chaired by the Queen mother of the Twifo Hemang Traditional Area, Nana Abena Nyarkoa II.

There were great display also from the cadet corps of the hall and the Osagyefo Regimental Band of Kwame Nkrumah Hall.

Addressing the gathering, the Hall Master, Mr. Akwasi Opoku Boadu, touched on some achievements chalked by hall and also called for support from stakeholders of the hall.

The hall’s outgoing Omanhene, Daasebre Kyei Baffour expressed excitement at the support rendered to him during his leadership.

He also expressed the need to curb the general insecurity in the hall and therefore appealed to various stakeholders to come to their aid.

As part of the activities marking the celebration, the durbar witnessed the enstoolment of a new Omanhene and Obaahemaa who are in the persons of Obrempong Boadu Ayeboafo and Nana Abena Nyarkoa II respectively.

The celebration was commemorated with the launch of the hall’s Alumni Association with Dr. Boakye Yiadom as the Coordinator of the association.

In attendance were some principal officers from the Hall, a former Valco Hall President, Mr. Kinsley Akowah; UCC GRASAG President,Mr Seth Odame Mensah; and traditional councils from other halls on campus.