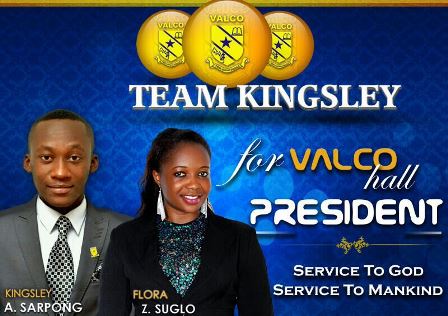 In the JCRC Presidential elections that took place yesterday 20th March 2014 at inner perimeter of Valco hall, Kingsley Akowuah and his vice, Flora Z. Suglo amassed 906 votes representing 58.41% out of the total 1551 votes to become the President and Vice President elect respectively.

His main opponent, John Victor Blankson, known in the students’ front as K-BEE, lost with 645 votes.

Speaking to many that witnessed the declaration of the results which took place later in the night, they commended the fairness of the election and ask the losers to accept the results in good faith.

Other positions contested and their winners are as follows: