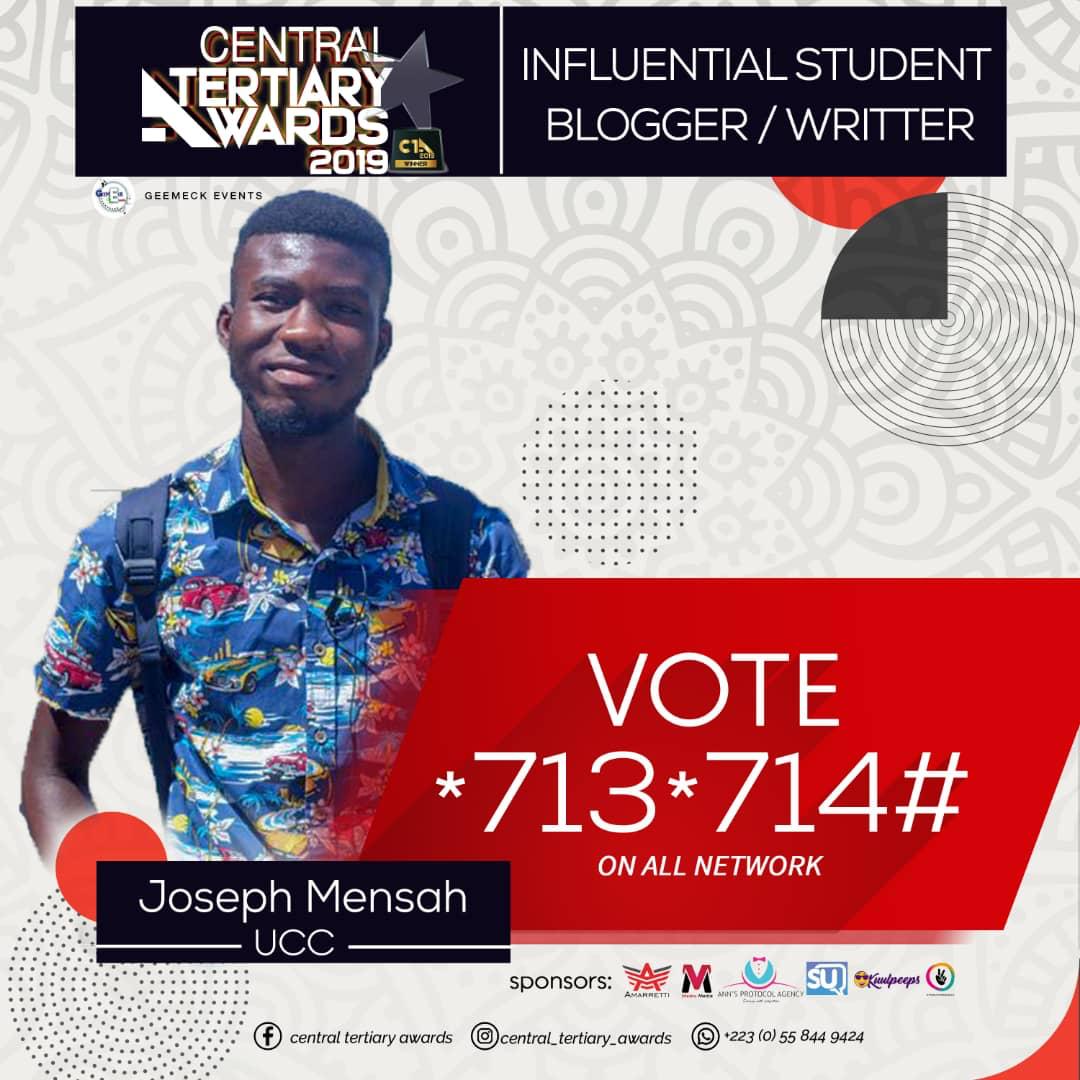 Student journalist and a reporter for choicism.com, Joseph Kojo Mensah, has been nominated for the maiden edition of Central Tertiary Awards 2019.

The nominee is currently a Level 400 student reading a degree programme in Bachelor of Arts (Communication student) at the University of Cape Coast.

The nominee, as a creative writer as well as a blogger, has published several news articles on choicism.com

This award promises to serve as a springboard for many young students who aspire to reach higher heights with their works, efforts and contribution to national development.

The organizer’s focus is to encourage young leaders, honour outstanding personalities and recognize the works of young students in the central region.

The general public is encouraged to vote for the nominee under by dialing the short code, *713*714# and follow the voice prompt.