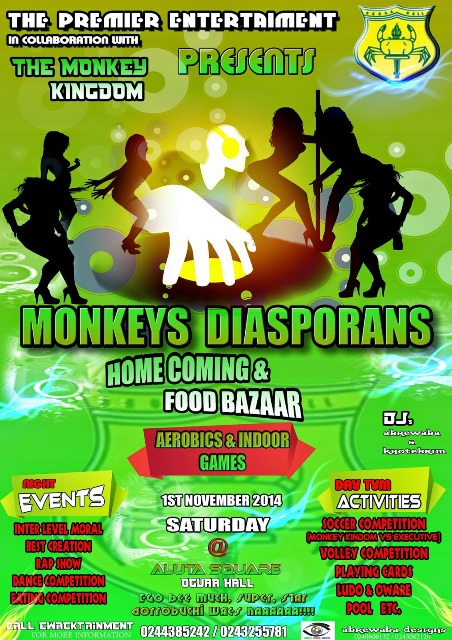 The premier hall of the University of Cape Coast will today the 1st of November, 2014 hold a homecoming ceremony  for its diasporians. This ceremony is aimed at bridging the gap between the hall afiliates who are living in the diaspora (outside the hall) and those currently in the hall.

The venue is the Aluta Square.