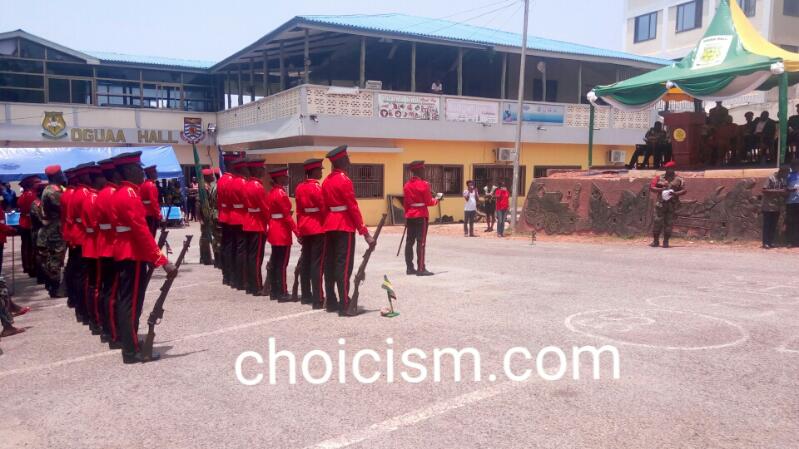 Students have been asked to make good use of their time as the premier hall of the University Of Cape Coast, Oguaa Hall, marked its 55th Hall Week Celebration with a grand durbar climaxing the week celebration on Saturday, April 8, 2017.

According to Mr. Dale Quist who chaired the 55th grand durbar of the hall, time is everything and if students may ever want to make an impact in the national industry, they should consider time as a priority.

Mr. Quist, who is a medical researcher and the founder of Mindset Networks, stated that “the world is changing and the industry is getting complicated and so if you don’t think ahead of time, if you don’t think outside the box, the world will run you by”.

Speaking on the theme “Tertiary Education: The Gateway to National Industry”, he indicated that “there is a difference between education and schooling”.  To him, education is not just sitting in the classroom and reading lecture notes but investing in extra-curriculum activities.

In an address by Second Lt Adjei Daniel of the Fifth Infantry Battalion at the Burma Camp in Accra, he stated that this year’s Oguaa Hall week celebration is very special as “it has added to the prestige of the high standards of discipline and academic excellence of Oguaa Hallers”.

He remarked that the essence of Cadet training is to inculcate into its members values such discipline, dedication to duty, loyalty, integrity and self sacrifice for the sound growth and development of the members. These values and other positive attributes, he said, make the institution unique and appealing to the general public.

“Be aware that you are not soldiers or police on your campus. Hence compliance of all rules and regulations of the school is not negotiable. By this behaviour the Cadet Corps could become an attractive extra curriculum activity”, he stated.

He also added that all the cadet need to do is to “assist the university authorities to create a serene environment needed for teaching and learning.”

A senior tutor of the hall, Madam Millan Ahema Tawiah, hinted that the hall’s administration is putting measures in place to improve on the welfare of its students. This, she believes would be done by a gradual process.

”Our facility is very old and the slightest pressure exerted on it put all of us in danger. Over the years, we have been able to reduce the room intake to a maximum of three.  However we would continue to plead with the university management to reduce it down further possibly to two students in a room.”

She also commended the outgoing JCRC Executives for some projects they embarked upon during their tenure of office, including the renovation of the G-Block reading room with an air conditioner, a soundproof window and door, sets of furniture to support the library facilities.