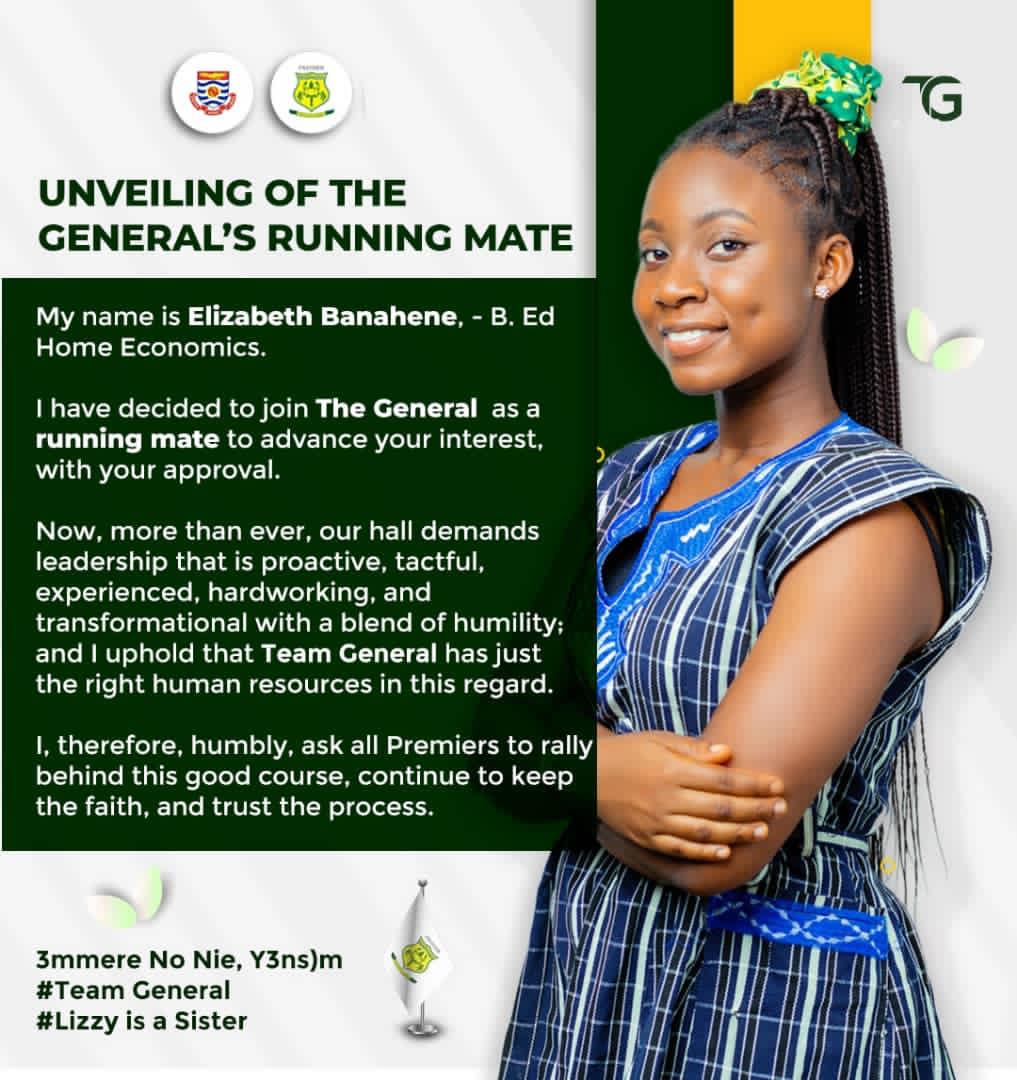 Bertrand Noemoma, popularly known as the General an aspirant of the Presidency of the premier hall hopeful 2021/2022 has unveiled his running mate last Wednesday, as he stands to uplift the leadership role at its peek.

Elizabeth Banahene, a Bachelor of Education Home Economics students was unveiled as the running mate for team General.

She currently holds the position of Deputy Organizer of the Women’s Desk, Oguaa hall where as the General is currently known as the SRC rep 2 for the premieres.

In view of this, with the sense of experience, Elizabeth stands to assist Detrand to acquire the position of the hall presidency.

According to Elizabeth, the hall demands for tactical, proactive experienced, hardworking and transformational leadership has inspired her to join hands with team General as she believes he is the right person for this course.

However, Team General encourages all Premiers to support them while they keep the faith and trust the process.

Published in Halls, News and Oguaa