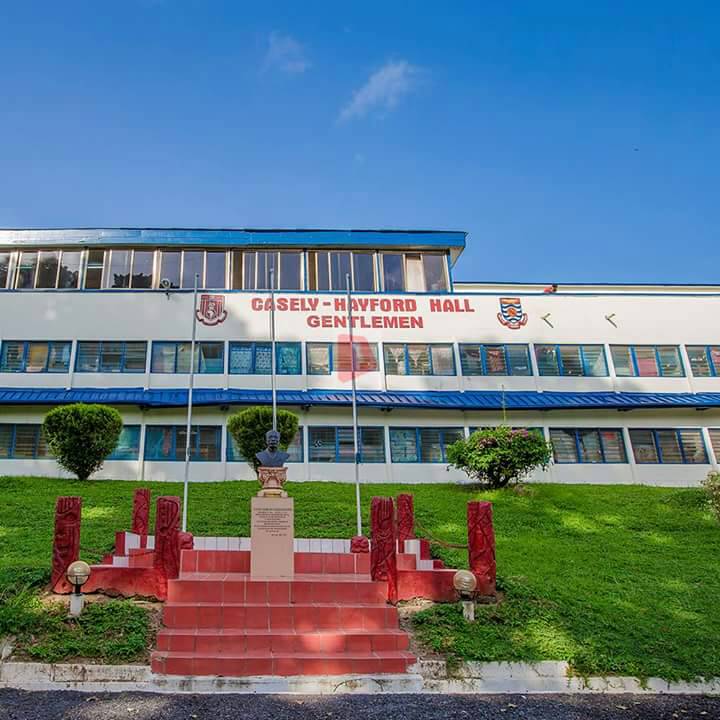 The office of the junior common room committee (JCRC) of Casely Hayford (CASFORD) hall, University of Cape Coast has in a press release denied the media claims of engaging in recent acts of violence in the Kwame Nkrumah University of Science and Technology (KNUST) saying “we have not received any invitation to attend the hall week celebration of our brothers in the University Hall of KNUST.”

The release came after Thursday, August 18, 2022 vandalism that ensued between the University Hall and the Unity Halls (Continental) resulting in the destruction of property in KNUST as some media tagged CASFORD Hall to be engaging in such incidence.

Image of a destroyed property:

This according to the release signed by the president of CASFORD Hall, Derrick Opoku Kyei says that “we have not received any invitation (whether addressed directly to us or through the management of our Hall) to attend the Hall Week Celebration of our brothers in the University Hall (Katanga) of KNUST,” hence the media should desist from wrong publications concerning this issue and rather make the right consultations.

“We wish to state on record that, the media, before the said publication did not consult any authority of our Hall to ascertain the truth in any information they received or gathered. We deem this attitude of the media as unprofessional, unfair, and disrespectful to our great Hall, its management, JCRC and members at large,” stated in the release.

” We admonish all media houses to do the appropriate thing by consulting our Hall management before any publication about our noble Hall,” it added.

Published in Casford, News and Other Campuses