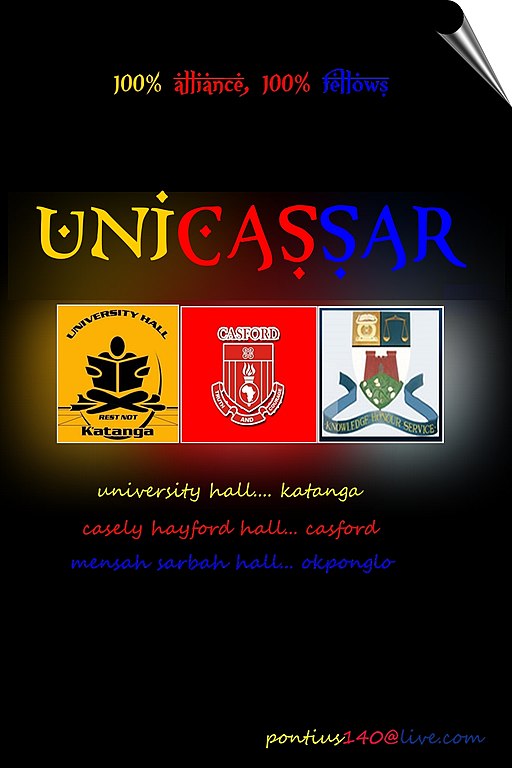 The “First Mega Charging” of Casely Hayford (Casford) Hall drew a lot of attention on the campus of the University of Cape Coast (UCC) who together with halls from other universities showcased hall tradition last Friday, at the “Aluta Square” in Casford hall.

Traditionally, Casford hall has its ‘morale’ and rituals on Fridays of which they sing and chant to their god.

The Hall at every reopening of school welcomes affiliates of the great hall in grand style. All affiliate students in the diaspora also grace the ceremony.

Besides the chanting of songs and dancing, there was a football match between the Casford and Katanga hall.

Published in Casford and Halls