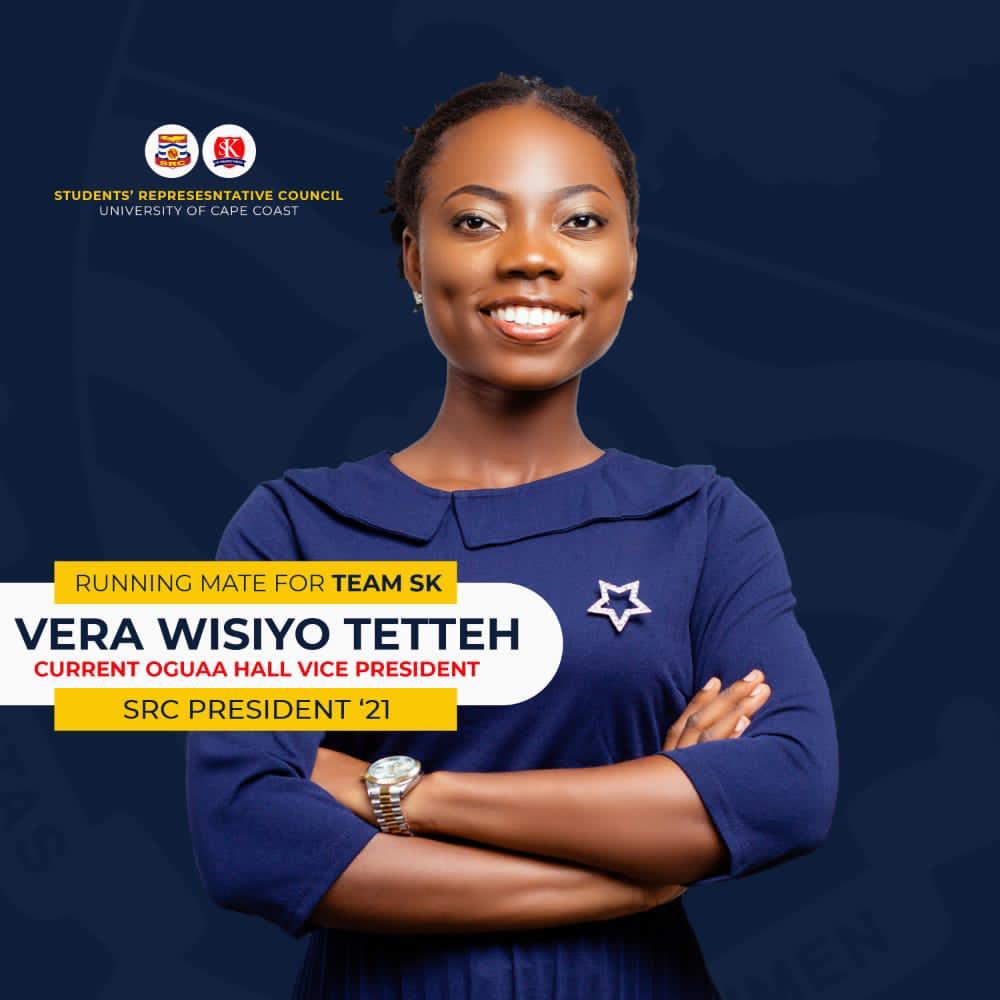 The Oguaa Hall Aluta Square was the centre of attraction on Thursday, 29th July, 2021 as SRC Presidential aspirant and current President of the Kwame Nkrumah Hall, Samuel Kwabena Adotei popularly known as SK unveiled his choice of running mate for the upcoming elections.

The ceremony which was graced by high profile members from the KNH and Oguaa Hall including, Bertha Afreh and Mr. Hayford, Oguaa Hall Administrator and Presiding Hall Assistant respectively, Nancy Asabre, KNH manager and numerous executives of the various halls emphasized the high level acceptance of such a merger by stakeholders of both halls.

Mrs. Bertha Afreh introducing SK’s running mate described her as an Ideal Woman and one who has a commitment to the betterment of students overall.

While Mr. Charles Adu Poku, President of Oguaa Hall in his words of affection to the running who happens to be his current Hall Vice as the perfect pair to complete the SK ticket.

On her part, Miss Vera Tetteh, running mate for Team SK in her speech had this to say on what motivated her to pair with SK.

“After discussions and assessments, it is undoubtable the passion and commitment that lies in the eyes of the young man that we all hope to become the next SRC PRESIDENT. A young man who over the short period has built a reputation of integrity for himself, something I greatly associate with.”

SK in his response was grateful for this pair and assured the student populace that though the journey cannot be promised to be smooth, the practical approach of leadership he present would surely make the student front the winner at the end of the day.

On the part of Mrs Nancy Asabre, representing management of KNH, she likened her journey to Oguaa for a Vice to the biblical story of Abraham sending for a wife for his son Isaac. For her, this is the best pair for the student front this year and with the massive numbers that both halls pull each year at the polls, a united front from both hall guarantees nothing but victory for Team SK

Published in Halls, News and Oguaa