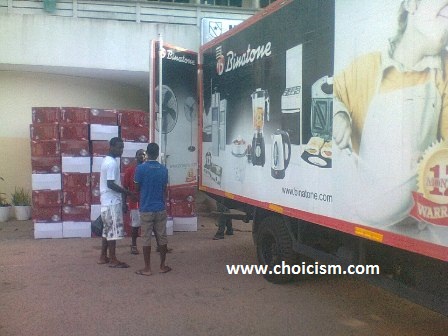 By Editor on May 11, 2013
Valco hall will soon see the installation of ceiling fans in the various rooms as the administration of the hall has taken stock of 450 quality Binatone fans.

The outgone President of the Hall, Ishaq Dauda took to the hall’s facebook group to announce the delivery of the fans.

“Fellow industrialists, Insha Allah i’m happy to report to u that the long awaited fan project has seen the light, 450 pieces of quality binatone fans are now in Valco Hall’s store room” he posted.

“It’s our prayer that in no time the fan will be fixed in our rooms. We have also signed a two year contract with binatone” he added.

The fan project is a project the JCRC 2012/2013 group promised to embark upon.