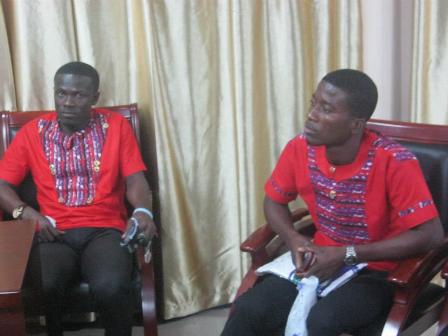 The President of the Casely Hayford hall JCRC, Mr. Nana Acheampong popularly known as Sparrow has applauded the manner and effort that was put into the organization of the launch of the [email protected] hall week celebrations.

He made this known in a post in one of UCC’s most popular facebook groups UCC Gossipz.

“Am proud to be the president of Casford but mariners deserve to be applauded for a very sensational launch of their 50th anniversary. Kudos to Sir Rams and his team” he said in his post.

With this post, questions are being asked whether the days of the seemingly unhealthy rivalry is over.

It will be recalled that, last semester, choicism.com interviewed the two presidents of the two great halls and they both revealed how they plan to engage in healthy rivalry moving forward.

If the bad blood is indeed over, then I guess the university and their respective halls stand to benefit.

We here also at choicism.com wish to congratulate the Atlantic hall team for a splendid launch of their 50th anniversary celebrations.