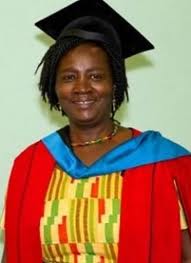 The University Teachers Association of Ghana (UTAG) has suspended its two-week old strike with effect from Tuesday morning.

The decision was arrived at after a “lengthy meeting last night” between the leadership of the Association, representatives of the Ministries of Education, Finance and Economic Planning and Employment and Social Welfare among others, according to Dr Langbong Bimi, President of the Legon branch of the UTAG.

According to him, lecturers have now returned to lectures halls as students prepare for their end of semester examinations across the country.

Dr Bimi in an interview with citifmonline.com noted that per the Memorandum of Understanding signed after the meeting, a final schedule for the payment of arrears had been agreed upon.

He however noted that though there were certain aspects of the agreement members of UTAG did not agree with, the overriding factor they considered was the effect of their strike on the students.

“Some schools were to have started exams yesterday but because of the strike it was difficult,” he noted indicating the “supreme interest of mother Ghana” was the a major consideration.