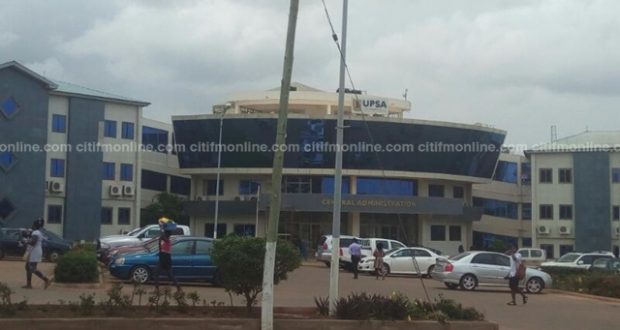 The University of Professional Studies, Accra (UPSA), has dismissed 22 final year students for hacking into the university’s grading system.

The students were found to have paid an individual to hack into the university’s database, to manipulate their grades for the 2015/2016 academic year.

The dismissed students reportedly paid between to GHc 2,000 to GHc 4,000, to have their grades changed, and were set to graduate later in 2017.

News of the dismissals follows the arrest of some 20 persons by the Bureau of National Investigations (BNI), for attempting to hack the University of Ghana website to change the grades of students.

The University of Professional Studies, has assured that the decision to expel the 22 students was taken without prejudice to any criminal investigation.

In a Citi News interview, the Registrar of the University, Dr. Seidu Mohammed Mustapha, said the integrity of the university was at stake, hence the need to “take these measures in order that they serve as a deterrent. So the Academic Board met and took a decision and decided that all of them should be expelled.”

Seven of the 22 dismissed students had their pictures published on the school’s website as a further sanction, because they did not aid investigations into the matter, according to Dr. Mustapha.

In the meantime, police are investigating the matter, whiles the alleged hacker has been granted bail.

The registrar noted that, the alleged hacker “reported himself to the police and was given bail, and it was through that we requested to interact with him. He has since cooperated with the committee and showed remorse.”