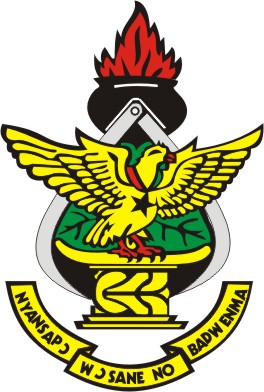 329 rape cases recorded in KNUST in one academic year

A total of 326 rape cases were recorded at the Kwame Nkrumah University of Science and Technology (KNUST) out of which Sixty-Seven (67) male students are reported to have raped female students of the institutions according to the Students Representative Council (SRC) Safety and security coordinator, Faith Adubofour.

He revealed on KNUST Campus radio, Focus FM that these acts were recorded between 2017 and 2018 with 67 persons found out to be male students of the same institution.

According to him, under the period in review, a total of 329 rape cases were recorded off campus with victims mostly being female students who are resident in private hostels outside the campus of the university blaming poor and inadequate lighting system which the perpetrators take undue advantage of to rape their victims and get away with it.

67 of the cases were perpetrated by some male students of the university,” he revealed adding that the incidence took place in all forms including but not limited to students in relationship who engage in rape act.

The overstretched facilities at the Kwame Nkrumah University of Science and Technology (KNUST) with a current population of about 54,000 has forced some students to rent private hostels around the university community for their own comfort. But this has been characterized by attacks at night by robbers who often rape them especially female students considering the fact over 70% of the entire student population live outside the campus.

Plans recently convert some traditional halls to mixed resulted in violence that saw the destruction of school property forcing authorities to close down for weeks until the impasse between the SRC and management was resolved.

Meanwhile, Otumfuo Osei Tutu II, Asantehene, and the Chancellor of Kwame Nkrumah University of Science and Technology (KNUST) has inaugurated a committee of inquiry to probe students’ disturbances that erupted on the University’s campus last year.

The three-member Committee has Justice Rose Owusu, a former Justice of the Supreme Court, as the Chairperson.

The other members include Very Reverend Ama Afo-Blay, a former Director-General of the Ghana Education Service (GES), and Mr. David Adu-Osei, the Ashanti Regional Director of the Bureau of National Investigations (BNI).