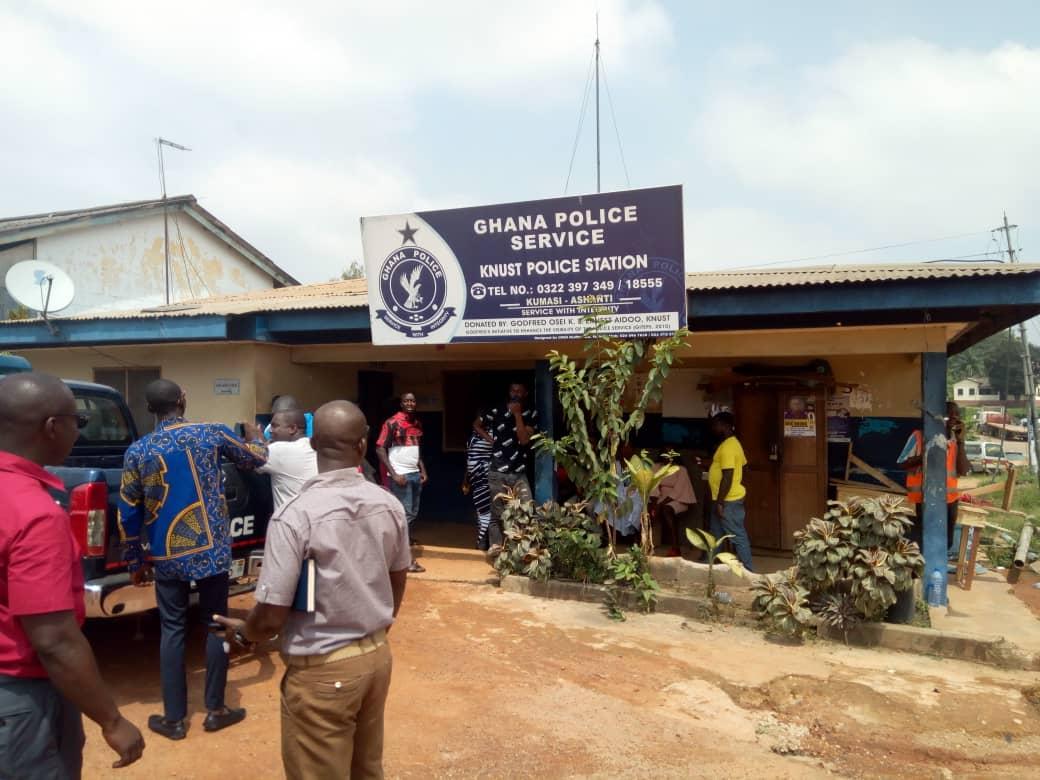 The students, according to parents were arrested by the internal security of the Kwame Nkrumah University of Science and Technology and handed over to the police for holding a vigil in the school.

The students were picked up by the KNUST security while they were holding a vigil on campus.Eleven students including an alumnus of the Katanga hall are behind cells while one other student who was allegedly manhandled by the internal security is currently on admission at the KNUST hospital.

“I saw some of the students and you could see visible marks. I spoke with the Commander that this is what I had seen and I do not think it is good. There is a boy who is currently on admission but for his injuries, he would have been in custody by now. They arrested and beat him,” a parent complained.

The parents have accused authorities of the institution of intimidating and victimizing students who reside at the Unity and University gallant halls since the conversion fo both halls into mixed ones.

The school had earlier served notice that it had suspended the organisation of vigils, also known as morales in the school as a result of “several negative issues encountered recently with respect to morales in the hall”.

“Any person who flouts this directive shall receive the necessary sanctions and response,” the notice added.