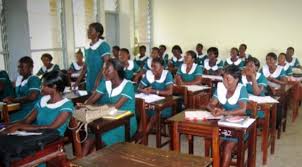 Most senior high school graduates who have successfully met the admission requirements of nursing training colleges and have applied for admission will not be admitted because government has imposed a quota on the schools.

The imposition of the quota has, therefore, reduced admissions by half, and this directly contradicts government’s position that allowances for teacher and nursing training students be scrapped in order to increase enrolment at training institutions.

A letter from the Ministry of Health to principals of nursing training colleges warned that those who do not strictly abide by the quota will be sanctioned.

Checks by The Finder at the Health Ministry confirmed that a quota has been imposed, and the explanation is that training has to be controlled so that the state will be in a position to employ graduates of such schools.

Schools that have been admitting 200 students per programme such as State Registered Nursing, Community Health Nursing and Certificate Nursing have been asked to admit 100 students for each of the programmes.

This means that a school that runs the three programmes mentioned above has to cut its total admission to 300 students instead of the 600 which it would have admitted without the quota.

Over 2,000 qualified candidates applied for State Registered Nursing in one training college, but with the quota, only 100 will be offered admission.

Already, over 2,000 qualified nurses and midwives who successfully completed National Service do not have jobs.

They are putting pressure on government to offer them employment, but the International Monetary Fund’s (IMF) conditionality of  reducing the public sector wage bill to tax revenue from 50% in 2014 to about 35% ties government’s hands from fresh employment.