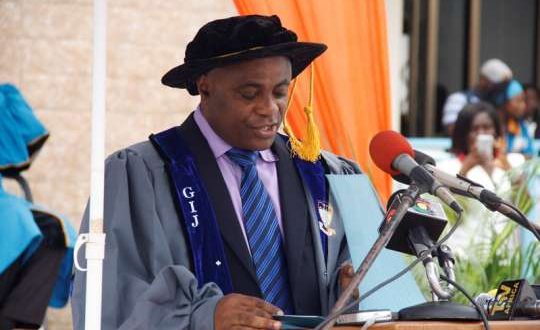 The Rector of the Ghana Institute of Journalism (GIJ), Dr. Wilberforce Dzisah, is on leave, as a four-member committee investigates alleged infractions in procurement practices among other issues.

It is unclear whether the said investigation is connected to the Rector’s leave, considering that no particular official is named as being the target of the supposed investigation.

A four-member investigative committee has thus been set up by the University’s Governing Council to look into petitions conveying complaints from some persons in the school.

The issues being investigated revolve around “academic integrity, procurement practices and any other matters arising out of the investigation” according to a letter sighted by Citi News.

The committee is probing “matters arising out of, and as summarized in petitions submitted to the Council Chairperson; complaints raised during meetings with the Executive Management Board, Senior members, Senior and Junior Staff and the SRC; as well as the Chairperson’s observations on prevailing decision making and implementation procedures.”

“The Committee is also to come up with proposals to rectify any shortcomings that may be detected to enhance the Institute’s operations.

Council seeks the cooperation of all within the GIJ community to ensure a successful investigation,” the letter added.

Thus, “the Rector of the Institute is on leave to facilitate a smooth investigation.”

The investigative committee began its work Monday, December 18, 2017, and is being chaired by one Dr. Margaret Amoakohene.

The Acting Vice-Rector of the university, Dr. Ebo Afful, is to act in Dr. Dzisah’s absence, a letter signed by the Chairman of the Governing Council of the University, Prof. Kwasi Ansu-Kyeremeh stated.