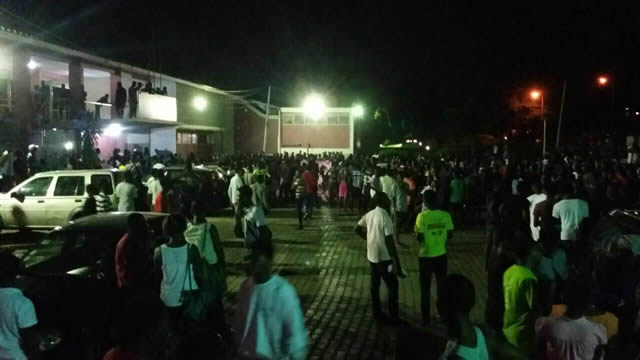 The public screening of a leaked sex tape on the campus of the Kwame Nkrumah University of Science and Technology (KNUST) in Kumasi has sparked outrage.

The video which only shows the face of a female student believed to be in her early 20’s was mounted on a public screen Monday night at the Independence Hall.

The students showed the two-minute video to shame the female student and demanded that the young lady names her male sex partner.

The video had been circulating on social media for some days before students believed to be from Continental and University Halls escalated the embarrassing footage via public screening.

The city of Kumasi has expressed displeasure after the incident became a topical discussion on radio in the Ashanti region.
The video recording adds to five other sex tapes leaked in recent times on the University campus, according to Luv FM’s Kwasi Debrah.

The University’s Public Relations Officer, Ankamah Lomotey, signaled impending retribution for students found to have been involved in the public screening of the video.

“We have rules and regulations and so under such circumstances, a committee would have to be set up to investigate”.
Incensed by the action of the students, a lecturer, Dr. Charles Marfo has pushed for stiffer punishment for the students.