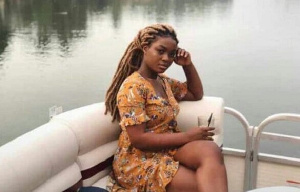 A final year student of the Kwame Nkrumah University of Science and Technology (KNUST) has died through electrocution in her apartment, according to Dailymailgh.com.

Bernice Akyeama Baah, a Metallurgical Engineering student, was about showering in her rented Ayeduase apartment when the incident occurred at about 8.30 pm Wednesday.

She was discovered unconscious and was rushed to the KNUST Hospital for treatment but was pronounced dead on arrival by medics.

Police have not yet officially revealed how the victim was electrocuted but have directed an autopsy be carried out as part of investigations.

The body of the deceased has since been deposited at the KNUST hospital morgue.

The Level 400 Metallurgical Engineering students are saddened over the untimely demise of their colleague.

“We express our deepest condolence to all family members and friends of Mrs Bernice Baah; we mourn with them and may her soul rest in peace,” said Matesa KNUST, a group the deceased was a member until her unfortunate death.