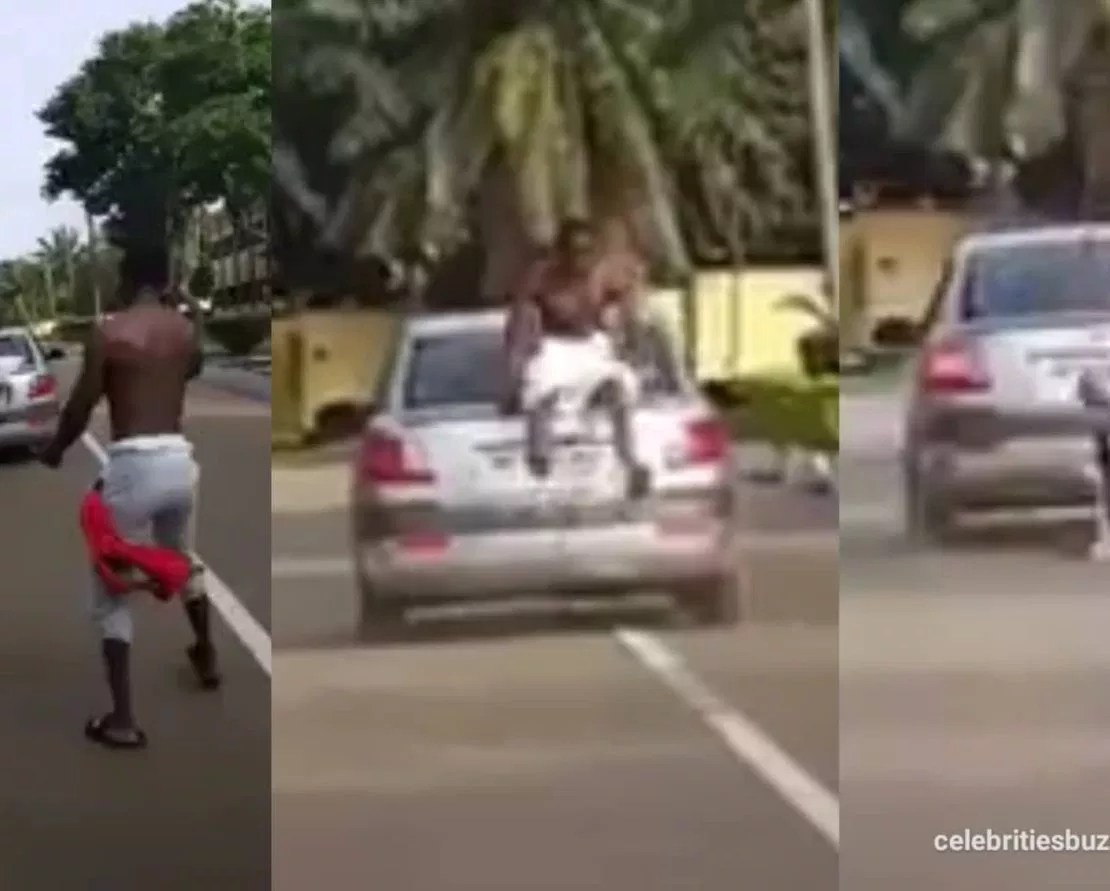 A level 400 student of Kwame Nkrumah University of Science and Technology (KNUST), Dennis Tetteh Kwaw, has been reported dead when he fell from the back of a moving car at an Old Students Reunion.

The past student of Ghana Senior High School who is also known as Tonga fell to his death in a playful act in a viral video going rounds on social media.

A play gone wrong has led to the death of a young man after he failed to maintain his grip at the back of the moving car.

In the video, the deceased appeared to have been playing with some of his colleagues before encountering his misfortune.

Rather carelessly, he opted to sit on top of a moving car, but ended up falling as the car sped off.
The deceased, who looks to be in his mid-20s, hit his head on the ground and immediately fell unconscious after the incident. Initially his friends gathered to revive him, but soon realised that he was not responding to their calls.

The video of the incident was first shared by a Twitter user with the name Kwame Darkah, accompanied by the caption: “And just like that, Tonga is no more.

Below is the link to the video:https: