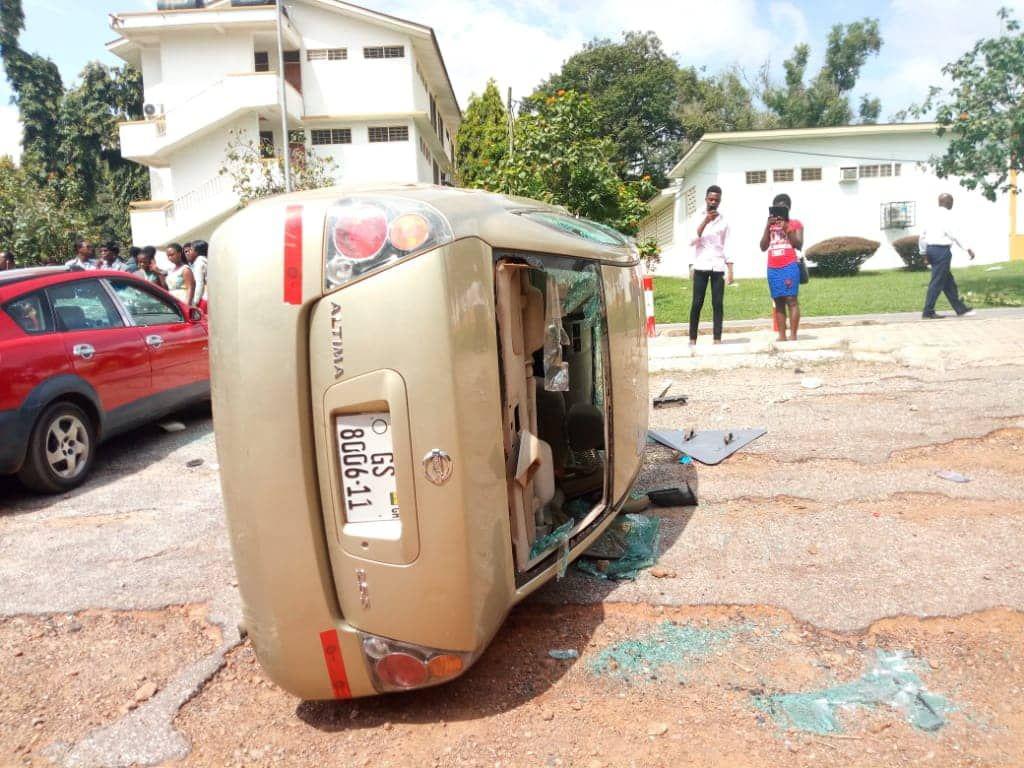 The management of Kwame Nkrumah University of Science and Technology (KNUST) says it will need about Gh¢1.7million to repair all the damage caused during last Monday demonstration by the students.

These estimates exclude items stolen during the riot.

The University Relations Officer (URO), Mr Kwame Yeboah, who made this known explained that the amount was for items destroyed during the demonstration.

These include damage caused to buildings, vehicles that were vandalized and the replacement of the CCTV cameras that were destroyed.

He said a committee would soon be constituted to look into the matter and determine the way forward.

However, he said management has started the process of replacing some of the items destroyed as it could not wait for the committee to finish its work before taking action.

Mr Yeboah explained that some of the things destroyed would have to be replaced to enable the university open on time.

Although he was not emphatic, he said the university would soon reopen for students to return to campus.
The Chancellor of KNUST, Otumfuo Osei Tutu II is expected to visit campus today [Wednesday] to see the extent of damage caused during the demonstration.