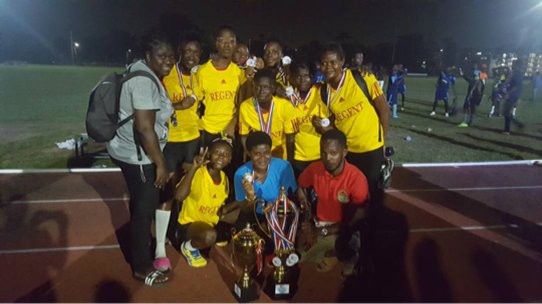 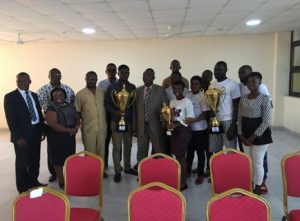 PUSAG Games is an annual sporting event that brings together teams from various Private Universities in Ghana to compete in various sporting activities.

It is organized by the Private Universities Students Association of Ghana (PUSAG), the umbrella body for students in private tertiary institutions in Ghana.

This year’s edition of the PUSAG Games was held from the 2nd to 7th of April at Paa Joe Stadium, Kwame Nkrumah University of Science and Technology, Kumasi. It had Access Bank as its title sponsor and Universal Merchant Bank (UMB), as well as Startimes.

The 2018 PUSAG Games and Festival saw various Private University teams from across the country battle it out in various sporting activities including basketball, volleyball, table tennis and other track and field events. 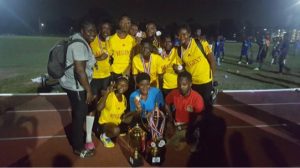 The Regent University football team led their group and tactically defeated the other teams all through to the finals, with Winston Martin Odame-Labi as the captain and Gideon Aidoo as the head coach. Regent University men’s football team emerged victorious in the final match by defeating their opponent Valley View University 4-3 on penalties to lift the trophy for the fourth time.

Regent University men’s volleyball team were crown champions while their female team emerged as second runner-up. The male Volleyball team defeated Presbyterian University to lift the trophy.
The Basketball team did not make it to the finals, however, their efforts did not go unrewarded, and they came third in the men’s basketball competition.

In all, the Regent Sports Team won gold medals in Football men and Volleyball men, silver medals in Volleyball women and bronze medals in Basketball men.

The Regent Community congratulates our gallant sports men and women once again!