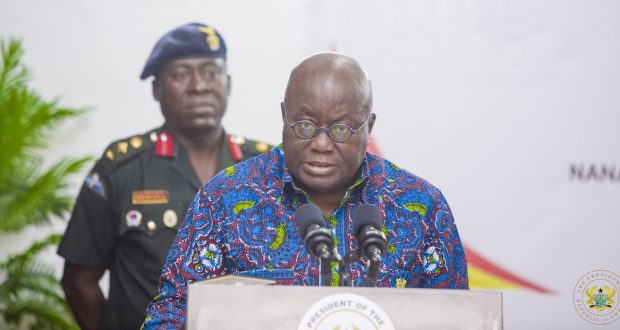 President Nana Akufo-Addo has charged the governing council of the University of Education, Winneba, to immediately come up with measures that will ensure that all disputes and matters pending in court are dealt with.

Despite the contentions with recent court rulings of interest to the school, President Akufo-Addo said the law was to be respected and viewed as a path to the resolution of the recent conflict enveloping the school.

“I am aware of recent happenings at UEW. Disturbing, as it were, it is noteworthy that it appears finality is being brought to beware on the matter. The current challenges in my view can be best surmounted if all stakeholders act within the confines of the law and respect the rule of law.”

“Court decisions are not always pleasant but they are in principle, the surest way to resolve disputes. Let us not through our utterance, actions and inactions undermine the authority of our courts. I am by this urging the newly constituted governing council to do all within its power to see to an amicable settlement of all matters pending before the High Court.”

“In the same vein, the chairperson of the governing council must urgently ensure that the council puts into place measures to seal all loopholes of waste and abuse of public funds,” the President said.

Members of the University Teachers Association of Ghana (UTAG) at the University of Education, Winneba, are divided over the recent strike declared by their president, triggered by a court ruling which directed the Vice Chancellor to step aside temporarily.

The troubles at the university trace back to May 23, when the mandate of the schools Governing Council was challenged.

Mr. Kwayera insisted that this was unlawful, hence his legal action against the University of Education, Winneba.

Before the substantive claims were looked into, the University, through its counsel, applied to the court to dismiss the suit on the three counts, but the application was dismissed.

The University’s branch of the University Teachers’ Association of Ghana (UTAG) as a respondent subsequently applied to join the application.

The High Court in Winneba on July 14, 2017, then ordered the Vice Chancellor of the University of Education, Winneba, Professor Mawutor Avokeh, to step aside until the case brought against him was determined.