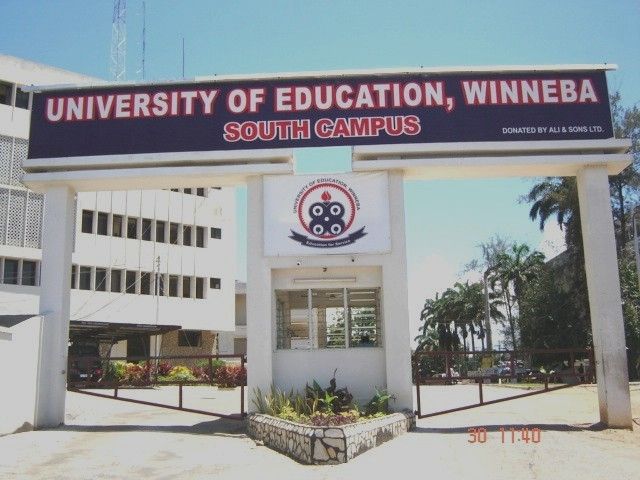 The Supreme Court has overturned the High Court decision leading to the removal of Professor Mawutor Avoke as Vice Chancellor of the University of Education, Winneba.

According to the unanimous ruling, the High Court in Winneba failed to take evidence from the parties in the case before granting judgment.

The court also stated that the High Court breached the rule of natural justice by failing to give the defendants a hearing.

The justices of the apex court said the High Court’s actions amounted to an error of law patent on the record.
Following the Winneba High Court’s ruling in December 2017, Prof Avoke, together with some other Principal Officers of the University, was removed by the school’ Governing Council.
This was described by some lecturers as politically motivated.

Two Vice Chancellors?
This ruling comes after Rev. Prof. Fr. Anthony Afful-Broni was inducted into office as the 4th Vice Chancellor of the UEW despite Prof. Avoke’s challenges in court.
The induction was attended by President Nana Akufo-Addo.

Prior to the induction, Prof. Avoke’s former lawyer, Raymond Atuguba, warned the President he would be abetting an illegality if he went ahead with the induction.

This is because of the case that was pending at the Supreme Court challenging the removal.

Prof. Atuguba said he was alarmed by the President’s involvement given his “admirable Rule of Law credentials.”
Prof. Atuguba withdrew his representation of the former Vice-Chancellor in open court because he “sensed unseen hands” manipulating proceedings.

Background
The Winneba High Court in 2017 ordered Prof Avoke, to step aside until the case brought against him and the University’s Governing Council was determined.

The case brought before the court by one Supi Kofi Kwayera, who insisted that the Vice Chancellor and the Finance Officer, were operating under the institution’s defunct governing council.

The plaintiff argued that University’s Council’s mandate had expired in November 2013, but the Education Ministry failed to constitute a new Governing Council for the university and rather allowed the defunct Governing Council which had no mandate whatsoever to continue in the functions of a properly constituted Governing Council.
Supi Kofi Kwayera also alleged financial and procurement irregularities on the part of the Prof Avoke.

The court, in July 2017, then ordered Prof Avoke to step aside until a case brought against him and the University’s Governing Council was determined.

Also in July, Prof Avoke, along with four others; the Finance Officer, Dr. Theophilus Senyo Ackorlie; Daniel Tetteh, Mary Dzimey and Frank Owusu Boateng, were interdicted by the school after it emerged that some vital documents at some offices at the centre of an ongoing investigation had disappeared.

They were then found guilty of procurement and other financial irregularities in December 2017.

The irregularities had to do with the monies paid to the contractors of the North Campus Roads project.

In August 2018, the UEW governing council dismissed the five principal officers of the institution after a fact-finding committee had been set up to look into the matter.

Prof Avoke had maintained his innocence and had been challenging his indictment in court.

He took the case to the Labour Division of the Accra High Court but the case was beyond its jurisdiction.
This compelled his challenge in the Supreme Court.