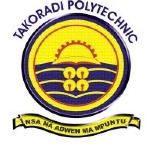 The police in the Western have launched full scale investigations into the circumstances leading to the alleged assassination of a 55-year-old lecturer of Takoradi Polytechnic over the weekend.

Investigations by Joynews has revealed that the deceased,  Seth Dogbey popularly called Setho was believed to have been attacked and killed late Friday evening but his mutilated body was found in a rail line in the area early Saturday morning.

According to sources, the lifeless body of Seth Dogbey was allegedly dragged by the alleged attackers unto a train line for a train to run over him after he was allegedly killed.

The man’s body, they said, was completely torn apart following the incident.

They noted that the  body of the deceased, whom they identified as “Setho” is a resident of Anoe, a suburb of Kojokrom.

The mutilated body has since been deposited at a private Mortuary at Funko near Takoradi.

the late Dogbey was lecturing in drawing art at the Graphic design department of the Polytechnic.

The western regional crime officer Supt. Reuben Asiwoko, also confirmed the death and said the police had launched investigations into the incident.

He revealed that even though the mutilated body of deceased was found on a rail line, the police suspected foul play.

He explained that what the police saw at the crime scene revealed that there was a foul play and that the deceased might have been murdered and the body dumped on the rail line before it was run over by a train.