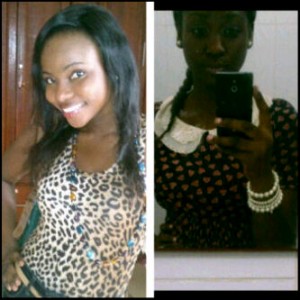 Two female students of the University of Ghana were on friday morning killed when the taxi cab they were travelling in was crashed into by a waste disposal truck.

The accident occurred at the Okponglo traffic light in Accra.

The Legon Police Commander, Chief Superintendent Frank Kojo Annin told Citi News “at 1:30am, there was one driver Kwaku Ababio who was driving a Mercedes Benz truck with registration number GE 645.

He was from Madina and was heading for Tetteh Quarshie roundabout area. At the same time, a taxi driver with two teenagers; University of Ghana students all being female were on his KIA Avera Taxi cab with number GE 4707-12.”

“He was from Bawuleshi and was heading towards campus.

The light was by then showing the amber colour and both drivers were impatient so at the middle of the traffic light, there was a collision so the occupants of the taxi got seriously injured and when they were conveyed to 37 hospital, the lady students unfortunately passed on leaving the driver too in a critical condition. So at the moment, the two bodies are at the mortuary and the driver too is on admission and the truck driver is arrested.”

The students, who were identified by friends and associates as Ms Lordina Fobih and Ms. Debbie Akosua Benaya, are reported to be alumini of Holy Child School in Cape Coast. They are both said to have been residents of the Elizabeth Sey Hall.