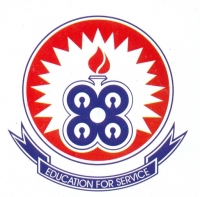 The University of Education Winneba (UEW), now has the Winneba Library Online Catalogue (WINNOPAC), to provide records on books, journals, magazines, reports, CDs and video recording in all libraries and the Institute for Educational Development and Extension Study Centres of the University.

The Vice-Chancellor of the UEW, Professor Akwasi Asabere-Ameyaw, launched the project that was funded by Carnegie Corporation of New York, on Thursday.

He said with the project in place, there was no need for any member of the university community to physically go to the library to find out materials that are stock.

Prof. Asabere-Ameyaw said the University has so far received 3,736,000.00 dollars grant  from Carnegie Corporation of New York, as part of its support aimed at strengthening African Universities.

He asked staff of the Library: “to step up efforts at seeking ways of adding more records and linking them to what is available online”.

Mrs. Valentina Juliana Aba Bannerman, UEW Librarian, said that with purchase of a Virtua Library Management System in May 2010, one of the first tasks was to migrate 15,251 bibliographic records and 22,538 item records from the bibliophile to WINNOPAC.

She said as at March 2013, the number of records has increased to 32,729 bibliographic records and 73,142 item records, and that UEW had almost reached its target of having 100,000 materials online.

“The benefits of WINNOPAC over the manual catalogue are many and with WINNOPAC you do not have to come to the library, at the comfort of your halls and offices, you can find out what the library has as well as where the materials are located”.

Mrs. Bannerman explained that the Osagyefo Library at the South Campus of UEW and those at the North Campus, COLTEK, CAGRIC and Ajumako Campus as well as SACOST, Distance Education Study Centers would be connected.

She said the project could be accessed by people at any part of the country and outside the country.

Mr. Christopher Y. Akwaah-Mensah, Registrar of UEW, commended management of the Library and other groups that contributed towards the successful completion of the project, and said the University would support it to ensure its sustainability.