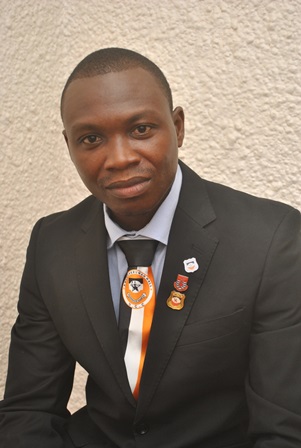 Christoph Wallace Penni, known by many as ‘SIR-HAZA’ and his vice, Juliet Boamah Taabea, both of whom formed ‘Team HAZA’, have been elected as the Kwame Nkrumah hall JCRC president and Vice President respectively.’

TEAM HAZA’ won the election which took place yesterday, Thursday 20th March, 2014 with 809 votes covering 56.1% out of the total 1442 votes that was cast. His main opponents, TEAM JUSTICE led by Justice Benstil came second with 403 votes and team BABO led by Sirlord Saakwa Babo secured the third slot with 203 votes.

Prior to the election many were of the view that the election results will be close considering the ground battle that ensued in order to amass votes from the electorates.

It was therefore a shock to many when the elected team led by Christoph Wallace (HAZA) won with such high margin.

Speaking to choicism.com after the election, Christopher Wallace Penn the President-elect, a professional teacher, certified referee and alevel 300 Bsc.Psycology student said ,’Am very elated for the win. I think hard work pays hence, am not surprise at all of the degree of win”.

According to him, total decentralization of his campaign policies which was facilitated by members of his team at each level was the magic for his win. He expressed his profound gratitude to all the electorates for turning up to vote and assured the entire Nkrumah Hall community that he will be committed to move the hall’s vision to the extreme, even if it means bringing his opponents on board to work with him.

’Hallers and affiliates should expect nothing but the best and ‘a father for all’ leadership style from his administration’ he added. Other positions contested and their winners are as follows: