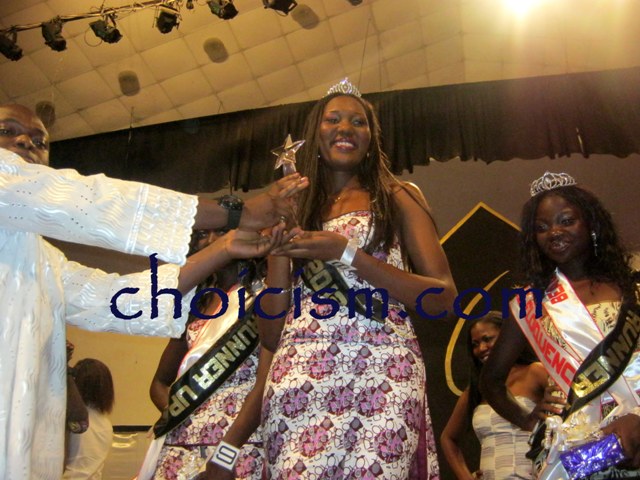 Miss UCC, Matilda Kiki is a Level 200 BSc. Psychology student with interests in modelling, touring and ceasing moments.She is a Chelsea fan and affiliated to Valco Hall. Kiki is a person who likes to think a lot and will be representing UCC at the Face of Tertiary, next academic year.

This interview was conducted by Abdul Rahim at the residence of UCC’s finest lady.

CHSM – How are you doing?

CHSM – Can you tell us about yourself?

KIKI – My name is Matilda Sefakor. My house name is kiki. I was born to Mr. Mathias Duvor and Mrs. Elizabeth Duvor and I am the only born of my parents. We live around Mallam and I am 20 years of age. My hobby, I don’t think I have one but I like to think a lot. So I will say my hobby is my lonely times. I like to be alone and think. So that is what I do, I don’t really have any special hobby but I have interests. I think interest is different from hobby so my hobby is thinking and my interest is modeling, touring and ceasing the moment.

CHSM – If somebody says Matilda likes swimming, what will be your response?

KIKI – It is false (laughs)

CHSM – How will you describe your parents? Are they tough people?

KIKI – Not too much but it is in them. You know they are Ewes and Ewe daddies are strict, everybody knows that. (Laughs)

CHSM – Have there been times when they were strict enough to the extent you cannot forget it? Say you were caned?

KIKI – Ei ei ei ei. No, no, no. As a matter of fact I have never been lashed by my parents before but I have been scolded a lot of times. They scold me, they rebuke me and I cry, so that is my punishment.

CHSM – You just said you cry, are you a soft person?

KIKI – I always say I am without emotions. I don’t have emotions, though I cry.

CHSM – Are your parents aware you are currently Miss UCC?

CHSM – How do they feel about it. Did they support you from the beginning?

KIKI – For this one yes. In the past, I have had the opportunity to be in showbiz but they have refused a couple of times. I just really felt this is something I should do and they have no control over my life though they have some influence but not too much. So I took a bold step and at a point in time, they came in.

CHSM – Did their encouragement give you the motivation to go on to eventually win the prize?

KIKI – Yes. Yes. Initially I did not want to tell them at all because I thought I was going to get that same old response, you are in school so learn, so I didn’t want to tell them but I had to and so I told my daddy about it and he said ok I should try but put in my best. After that he sent me text messages, motivational messages because he knows I like it a lot. So he has been a great influence.

CHSM – Tell us about your educational history

KIKI – Hmmm. Yeah for my Crèche, Kindergarten to JHS was at one place that is Royal Gospel Preparatory School somewhere around Laterbiokoshie and funny enough I was crowned Miss Royal when I was there. I was also the Girl’s Prefect as at then and I continued to Oda Senior High School at Akim Oda where I was the Sanitary and Welfare Prefect but I didn’t undertake any pageant there.

CHSM – What subject did you read at Oda Senior High?

CHSM – What informed your decision to join us here at UCC?

KIKI – Everybody in my school was mentioning UCC. It was either UCC or Tech for us, so the passion grew from there.

CHSM – What programme are you reading here?

CHSM – Why Psychology out of the other business options available?

KIKI – (laughs). Big question. You know I read business in high school but as they say passion for something can change. I have always wanted to be a Chartered Accountant so I chose business. But after high school I developed this passion for Science. I don’t know where it came from but I really wanted to be a Medical Practitioner and that is what I am heading towards. It was very difficult to divert from straight business into the medical school so my uncle who is quite ahead said Psychology is a broad field so I should do Psychology and through that I will finalize as a Clinical Psychologist and then I would have entered into the medical field, so it is like a shortcut. I love psychology though but I have to do what I want to do. I want to be a Medical Practitioner. So I will end up doing medicine.

KIKI – In L100 I had this great care from my parents though it was not the first time I was leaving them. You know I am the only born so my mum really doesn’t like it when I am leaving her side so she was calling me, visiting me like once every weekend so I had emotional care from them. But on campus here, UCC is very tiring I must say and it is demanding. At a point in time you will go like why am I even here. I wish I could go to somewhere else where I had the freedom but through orientation and other stuffs, I ended up liking it and my lecturers.

CHSM – Since you have been a leader throughout the basic and high school levels, what do you think about been a leader here too. I mean joining student politics.

KIKI – Well. Ermm. The theorists have two views. Some say leaders are born others say leaders are trained. I don’t know where I belong though. It is like all my chance to lead, opportunity brings them. I don’t know why but some way, somehow I end up there and I take it. I have not thought about it say Hall Vice-President or anything of that sort, but hey if it comes, I will have to take it.

CHSM – Who asked you to join Miss UCC?

KIKI – Ok. The very first is my roommate. She saw the notice and she said I must do this. She was going to get me the auditioning forms and all that. I told her No. Initially I was cold towards the message though I told her I will try. I didn’t pick it up till one fashion designer saw me on campus and took my number. Later she called me and asked me to take part and I said ok. So I prayed about it. It looked like God was chasing me with it whilst I was running away from it.

CHSM – How was the rehearsal process?

KIKI – Certain times it was fun, creative, very challenging, tiring and I don’t want to say frustrating. When I entered the competition, I wasn’t a good dancer, I had to learn, do my homework and then see people ahead of me to help me.

CHSM – How did you manage academics with the rehearsals?

KIKI – If God is on your side, all things work good for you. I was very fortunate during the pressure times, the most demanding times, I wasn’t writing quizzes. I don’t know whether my lecturers had a signal. There were no quizzes following me so I had time to learn what I was taught.

CHSM – What will be your description of the organizers, Blaz Multimedia?

KIKI – They are innovative in ideas. They are creative and they are down to earth.

CHSM – Were you petrified when you were announced the winner?

KIKI – (laughs). What do I say? I was. I was. When it comes to the work of God, I wasn’t surprised because I knew God had something good for me and I always prayed. It is a competition, it gets to a point people pulled up surprises which I equally did. I was honored been chosen as the number one at the end of it all.

KIKI – Yeah, I remember one rehearsal. It is a different thing when you don’t know something at all and you are now learning and this is a tertiary competition so certain things are very demanding merging it with academics. Even with my physical qualities, if not for my roommate and God I would have quit.

CHSM – Are you going to win the Face of Tertiary when you represent UCC next year?

KIKI – I hope to win. But I know with God all things are possible. The God that saw me through this one will surely see me through it.

CHSM – What is your role as Miss UCC?

KIKI – I am supposed to be an ambassador for GTP but as a matter of fact, I haven’t met them yet. So as at now, I don’t know the roles I am playing with the title of an ambassador.

CHSM – Is your new status going to change you?

KIKI – Yes and no. Yes because, people look up to me. There are certain things I used to do, I can’t do them anymore. Even with my friends, they have started changing me already. You wouldn’t believe my friend said I shouldn’t use some routes on campus again. She said if I need something I should let her buy it for me. So automatically, there is a changing. It means I can’t stand at the science market and buy my cool Wakye, I used to buy. No, it wouldn’t change my personality so much that I have to live a standard that I can’t. I won’t do that. I will try to do what I am capable of doing.

CHSM – Which is your favorite food?

CHSM – Which local team do you support?

KIKI – I am actually a fan of Olympics but between Hearts and Kotoko, I will always go for Hearts.

CHSM – What about the foreign teams?

KIKI – Chelsea is my favorite team (laughs) and between Barcelona and Real Madrid, I will go for Barca.

KIKI – I learn. I am not an expert so I am still learning.

CHSM – Did you do sports at SHS?

KIKI – No. I had a notion which is not really true that I will be muscular and boyish, so I didn’t take part in it.

KIKI – To everybody on campus, to my friend students I want to tell them to do what they do best. Attach passion to everything they do and remember the creator. In terms of academics or any extra-curricular activity just put your heart to it, have the passion for it, yearn for it and it will succeed.

CHSM – Anybody you want to express gratitude to?

KIKI – So many. I owe so many people gratitude. The very one goes to God almighty and to my parents who had to give me the go ahead. To my roommate, my friends, my groomers, Blaz Multimedia and to some two particular people. They don’t want me to mention their names so I will respect that but they know themselves. A very big special thank you to them. And I hope I won’t let them down, God bless them and they should keep their support coming.

CHSM – Thank you very much.

KIKI – Thank you too.