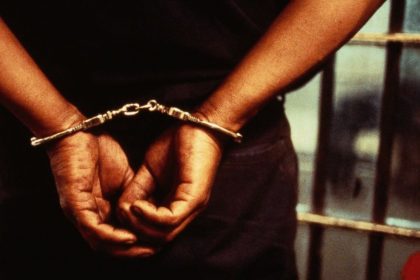 Barely 6 days after the deployment of about 91,000 fresh graduates to various institutions across the country to serve the nation as Service Personnel, the scheme has revealed that 2 suspects have been detained for attempt to swindle prospective personnel under the pretense to repost them to their desired user agencies.

Public Relations Officer of the National Service Scheme, Mr. Ambrose Entsiwa told Univers News on Thursday that the scheme is aware of such illegal activities and has put in place measures.

“We’ve been able to get hold of two people and they are helping us with investigations. The idea is to get to the source of all these things”, he revealed.

Mr. Entsiwa also cautioned perpetrators to desist from the act or risk facing the rigors of the law when found guilty.

“Information we have is that there are some people who have made themselves contractors in the institutions and are duping unsuspecting prospective national service personnel”, he stated.

He reiterated that the secretariat does not work through middlemen, adding that and persons who approach prospective personnel on such grounds should be disregarded and reported to the nearest police station.

“We have enough staff and capacity to do whatever we what to do and therefore will not engage the services of anybody. […] Apart from the legitimate GHC40 that we ask them to pay prior to the registrations, there isn’t any other fee that anybody has to pay again, unless that one is sanctioned by NASPA.”, he asserted.

He attributed this unfortunate situation to what he described as the ‘anxiety of young people to get what they want at all cost’.

“We want to get to the bottom of these things and ensure that we bring some sanity into the system. I want to assure everybody that if you are involved and we get you, the law of the land will deal with you”.

Mr. Ambrose Entsiwa also added that suspects are currently aiding investigations to enable the police mop up other persons involved in this illegality.