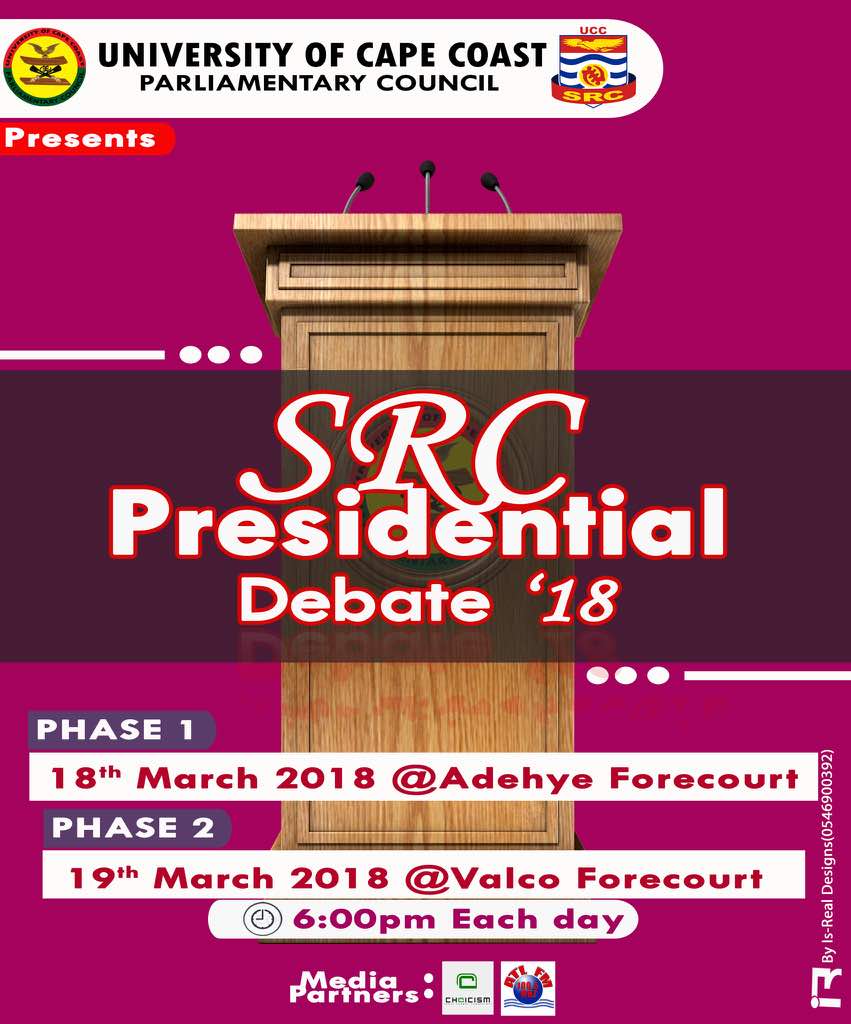 As part of activities rounding down to the 2017/18 University of Cape Coast SRC/LNUGs elections, the University’s Parliamentary Council will on March 18th and 19th hold a presidential debate for all SRC Presidential aspirants to debate on some topical issues of students’ interest.

In a release issued by the Dep. Chairman of the UCC Parliamentary Council, Mr. Joseph Kwame Nyarkoh, the Council indicated that the Presidential debate is being organized so as to “increase voter education, promote issue based campaign and advance the frontiers of democracy in our student front”.

Issues to be debated on at the first phase of the debate are academics, governance and transport while issues on security, welfare and health will be debated at the second phase.

Students and members of the University can follow the debate our various social media platforms with the hashtags, #SPreD’18 and #UCCDecides as Choicism.com presents live updates from the event.