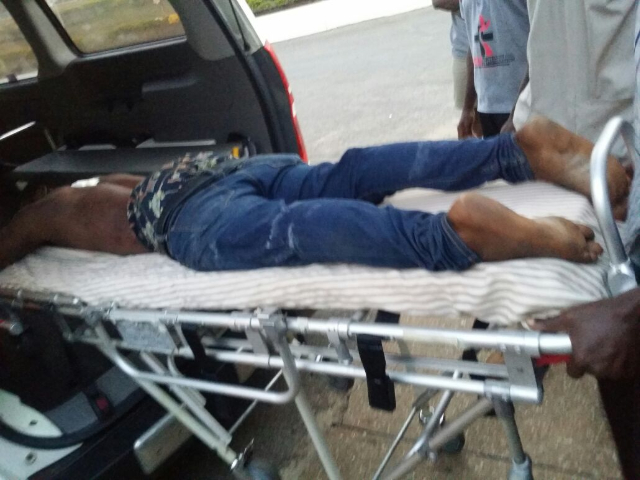 The Central Regional police say they have arrested some 22 students involved the recent clashes on campus during the Atlantic (ATL) hall week celebration.

At least three students sustained serious injuries last Friday at the University of Cape Coast (UCC) following a clash between some irate students of University of Ghana and Kwame Nkrumah University of Science and Technology (KNUST) and UCC.

The skirmishes, the witness said erupted when porters of Oguaa Hall refused to allow some naked students from the Commonwealth Hall popularly referred to as (Vandals), Unity and ATL students into the hall.

Several properties worth thousands of cedis belonging to Oguaa hall was been destroyed, the eyewitness said.

One of the casualties Emmanuel Quarshie, 18, who is receiving medical treatment at the 37 Military Hospital told Joy News, he begged his attackers to spare him while they poured kerosene on his feet.

Mr Quarshie who said he is also asthmatic narrated to Joy News how the incident which has left his legs limb and he has been unable to walk.

He said he is optimistic that with time he would walk again after being stabbed after police threw tear gas and he fell.

Authorities of the University say they will surcharge the students found culpable after police conclude its investigations.

He added that the celeberations would still come off provided the hall leaders could guarantee no one would engage in any unruly behavior.

Hall leaders are also to present to management their celebrations plans.

Major Rtd Bentum said hall weeks are to be celebrated within the confirms of the hall with no other universities invite.

He disclosed that the UCC Vice Chancellor is holding a consultation with other Vice Chancellors regarding the way forward, adding the recent incident happened on authorities blind side.

According to him, the students who have been arrested are only suspects and they are being held for the mayhem and destruction of school properties.

He is optimistic that some of the students who saw what happened would help the police with investigations. He emphasised it is a criminal case and the university would be facilitating and assisting the police in that regard.

Major Rtd. Kofi Bentum could not tell if those arrested are all UCC students or there are students from other universities.

He disclosed that management of UCC had a meeting yesterday regarding Mr Quarshie’s condition in which the university agreed to foot his bill until his health is completely restored.

Also, some school authorities comprising the Dean of Students and Director of Health Service have travelled from Cape Coast to the 37 Hospital to meet parents of the stabbed student.