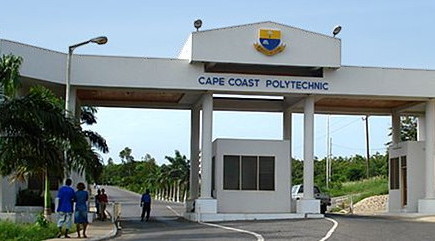 6 polytechnics to be converted to universities by September

A Deputy Minister in charge of Tertiary Education, Samuel Okudzeto Ablakwa, has said the first phase of the conversion of polytechnics into technical universities, will take place in September this year, with six polytechnics.

President John Mahama is expected to name the six polytechnics that have satisfied the requirements to be upgraded, at his state of the Nation Address to be delivered to Parliament on Thursday, February 25.

Government has reiterated its commitment to convert polytechnics to technical universities.

The Technical Committee set up to advice government on the conversion, advised government the exercise must be done progressively to satisfy the requirements of becoming a technical university.

Speaking before the Public Accounts Committee of Parliament on Wednesday, the Deputy Minister of Education in charge of tertiary, Samuel Okudzeto Ablakwa, confirmed to the committee that in September, the polytechnics will be fully converted into universities.

Mr. Ablakwa also defended the need for the gradual implementation of the phases.

According to him, Government could not just upgrade polytechnics without assessing the varying levels of infrastructure and capacity, hence the need for the implementation of the conversion in phases.

It will also be recalled that at a stakeholders’ forum on January 6, 2015, participants unanimously agreed  that the conversion should not be done for all polytechnics at a go, but in phases, based on an assessment of each polytechnic.
“…So the experts advised us against a wholesale conversion, and they recommended that we should set up an independent expert panel that will go round and assess all the 10 polytechnics and recommend to the national council for tertiary education which of the polytechnics should qualify for the first phase and those who have to be assisted to also come up to an appreciable level to be converted in the next phase,” Mr Ablakwa explained.

He further assured that Government would be working to support the remaining four polytechnics to meet the conversion criteria to prevent them from being left behind.

“There is an inherent threat in this conversion that if you don’t do it well and support others to come up, the traffic will head in the direction of those who have been converted and if you are not careful, you run the risk of killing other polytechnics who don’t make it in the first phase of the conversion.”