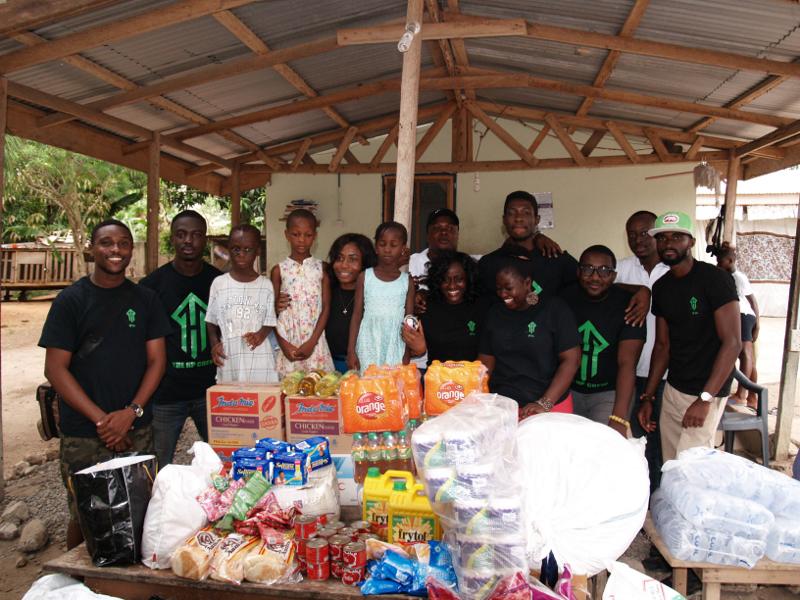 The SANTA ‘11 year group of Adisadel College Old Boys Association has donated items worth Ghc 3,000 to the Countryside Children’s Home at Bawjiase in the Central Region.

The donation which forms part of the Association’s maiden Easter celebration activities saw the SANTA ‘11 year group give out items which included boxes of assorted drinks, Indomie, oil, bags of rice, powdered soap, sachets and boxes of mineral water.

The group also donated packs of yoghurt, toiletries, loaves of bread, tins of cowbell, Tin tomatoes, a box of soap, clothes and some stationeries.

He stated that “as we celebrate the death and resurrection of our savior Jesus Christ, we as a group want to show the love Jesus has for us by spending time with these wonderful kids”.

Mr. Ohemeng again advised the children to take their education serious and remember that God loves them.

The Mother and Founder of the children’s home, Emma Boafo Yeboah, expressed gratitude to the SANTA ‘11 year group for taking the initiative to support the children’s home adding that “the home is honored to receive the donation”.

She stated that children are a blessing, saying that “it was imperative all levels of society contribute to their upkeep and wellbeing and appealed to other bodies to support the children’s home.

According to her, the children’s home depends on agriculture aside corporate donations to survive and thus called on the government and corporate Ghana to help them use agriculture wean themselves off corporate support.

“We have 75 hectares of land with a mango plantation, oil palm plantation, cassava and a pig farm. There are huge hectares of land still available for projects so we humbly appeal to the government to remember us in the “planting for food and jobs” and the “one district, one factory” programmes.”

The Public Relations Officer of Santa 11, Mr. Benjamin A. Obeng, thanked the Children’s Home for their warm reception and assured them of future support from the Santa ’11’ year group. He advised the children to use the Easter period for a solemn reflection on their life and take solace in Jesus Christ in all their endeavors.