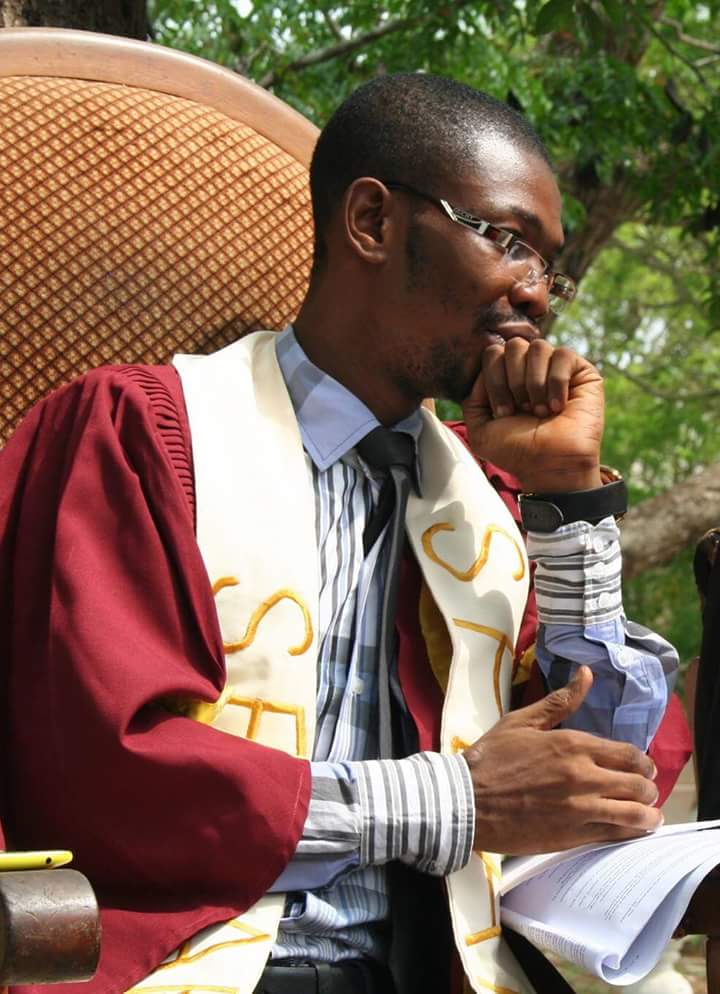 Association of Students with Disabilities Honours Speaker of UCCHP

The Association of Students with Disabilities of the University of Cape Coast (UCC) has given a honorary membership to the Speaker of UCC Students’ House of Parliament (UCCHP), Rt. Hon. Awotunde Awosika.

In an interview with choicism.com, the President of the Association of Students with Disabilities, UCC, Mr. Servace Bansiibu, stated that there has been a number of persons who have helped the association in so many ways and thus they are grateful to them.

“We are always really very pleased to have people who come on to help us in so many regards.”

Mr. Bansiibu indicated that the Rt. Hon. Awotunde Awosika has really shown love to the association in so many ways in terms of their welfare and the involvement of their members in activities on campus.

“Rt. Hon. Awotunde Awosika has been a very supportive person, with respect to our welfare in the halls, our participation  activities on campus and with respect to membership of our persons in the UCCHP”, he said.

He further added that as a result of the help the Rt Hon. has shown to them, they deem it necessary to honour him by way of making him officially part of the association. This, he believes will help project the image of the association.

In a response to this honour, the Speaker of UCCHP, expressed his gratitude and explained his reasons for helping the association.

“Since my first year in UCC, I have had a very good relationship and fellowship with our brothers and sisters living with disability and I have on many occasions identified myself with the challenge they face as students. I feel honored to receive honorary membership to them.”

He again added that in working together, the cause of the association will continually be projected.

Also to be honoured  membership to the association was Joy FM’s, Mr. Richard Kojo Nyarko who according to the President of the Association has helped them immensely.

This he noticed, as been in the form of putting up documentaries relating to persons with disability which prove to the outside world, they are capable in spite of their disabilities.

Mr. Bansiibu finally made a passionate call on the entire student body to realize that persons living with disabilities are part of them. In this regard, he asked them to  always come on board to help them in order to make a full impact on the society.

This happened at the association’s first general meeting held on Saturday, 25th February, 2017 at the Sam Jonah Library basement.