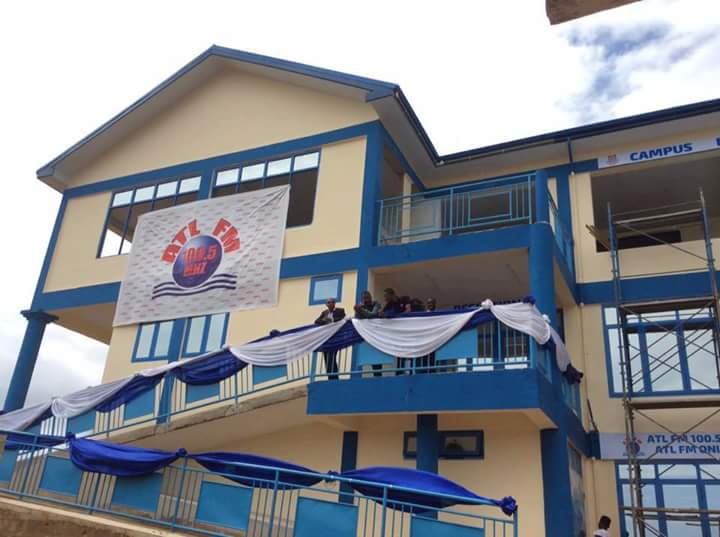 The Campus Broadcasting Services Centre (CBS) of the University of Cape Coast has organized a durbar on Tuesday, November 21, 2017, as part of activities commemorating its first year anniversary celebration.

Speaking on the theme, “Maintaining Professional Standards in Journalism: The Role of The Journalist”, a senior lecturer and the Head of the Communication Studies Department of UCC, Dr. Eric Opoku Mensah, who was the guest speaker for the durbar, acknowledged the fast growth and development of the Ghanaian media highlighting some roles it has performed in achieving a democratic state some few decades ago.

“The meteoric rise of the press from the late 1990s through the early 2000s to date is a testimony of Ghana’s maturity in press freedom and our devotion as a nation to build a truly democratic society,” he stated.

He further commended the pacesetters in journalism for their hard work, dedication professionalism and ethical standards exhibited in performing their duties as media men, by attributing their efforts to what the media is today and making the profession of journalism attractive.

“Their fight for press freedom and independence through decades of persecution have become the lifeblood of journalism in Ghana today,” he added.

Citing some current incidents happening in the media fraternity, Dr. Opoku Mensah took a bash at the inimical activities of some persons in the profession whose works, he attributes to setting the profession of journalism aback.

“As many journalists have and are striving to uphold the integrity and good name of journalism in Ghana, others unfortunately have used their energies in negative ways, continuously dragging this good name through the mud and painting a totally different and rather ridiculous image of the profession.”

Some of these irresponsible acts by some journalists, he said, are as a results of lack of proper training due to the insurgence springing up of unaccredited training institutions and media outfits, interference of media owners in media production and poor working conditions such as inadequate salaries and incentives faced by members of the profession.

He thus called on journalist to “rise to the occasion and embrace ethical principles and codes of this noble profession” in order to maintain high standards of professionalism within the media practice.

The Manager of the CBS, Mr. Kwabena Antwi-Konadu, in an address commended all stakeholders especially students of UCC for their immense contributions to the establishment and funding of the CBS.

The programme was chaired by the Pro VC of the UCC, Prof. George K. T. Oduro on behalf of the Vice-chancellor.

Present at the durbar were a former board chair of the Campus Radio Station Management Committee, UCC, Prof. Victor Yankah; the Chief of Apeowosika kukuado, some heads of departments, lecturers and students of the university.

The CBS started with the establishment of ATL FM twenty-eight years ago by some students of Atlantic (ATL) Hall with support from the then Hall Master, Prof. Kojo Opoku Agyemang, and the hall’s administrative council and later management of the university.

Becoming the first campus radio station in Ghana after being officially registered, management of the university in 2008, took over the control of the station following a directive from the National Communications Authority (NCA) and was charged to resource, reequip and place the station in a better position.

The university thus, established the CBS building to house ATL FM, TVUCC (which is yet to start operations), and the SRC office amongst others which was officially launched on 21st November, 2016 [exactly a year ago].