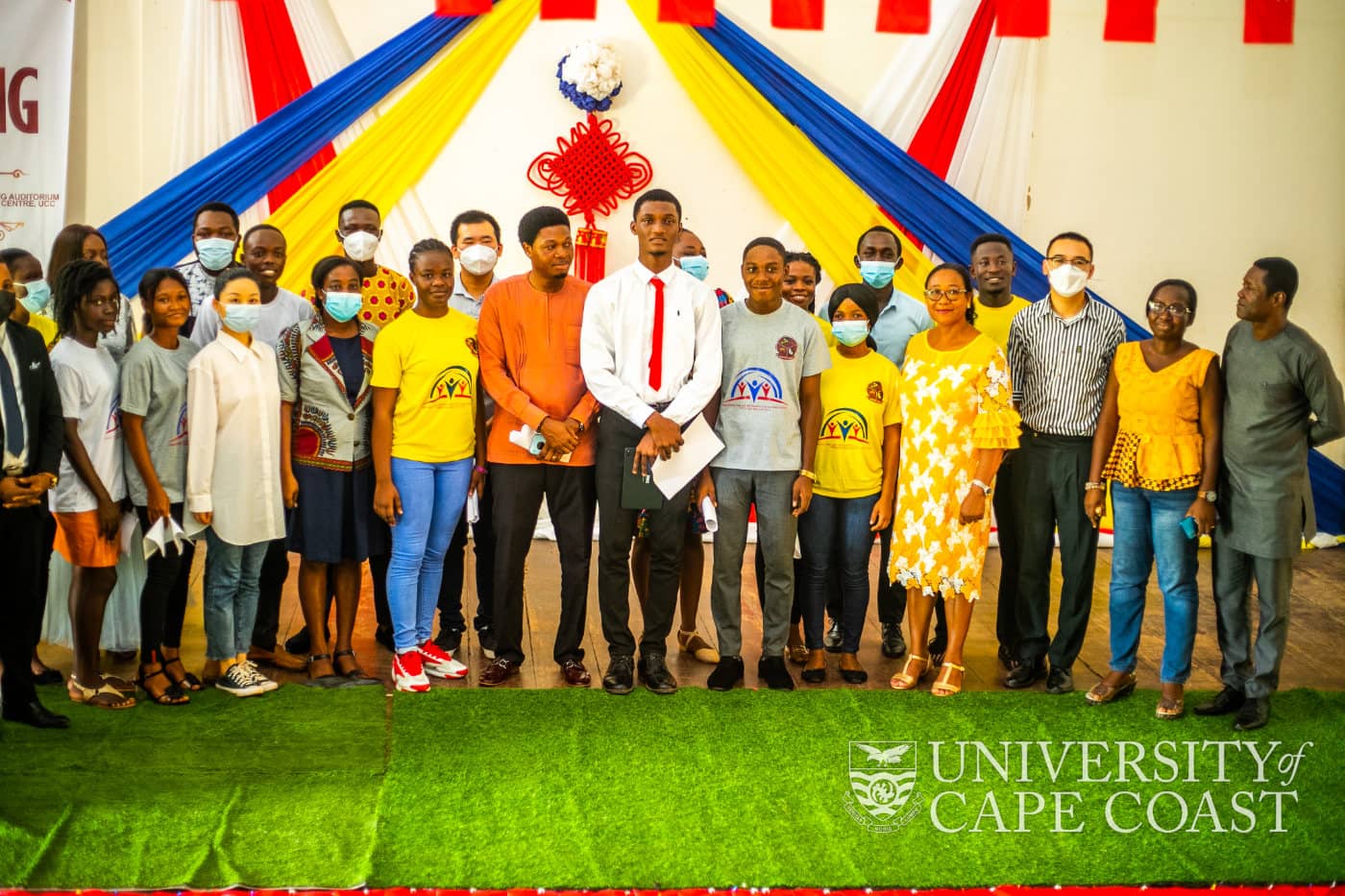 The Chinese Students’ Association (CHINSA) of University of Cape Coast (UCC) has been inaugurated to promote the welfare of members.

The inauguration coincided with the Chinese International Day, which was marked by the Confucius Institute at UCC. The Day is celebrated annually for students to exhibit their talents and knowledge of Chinese culture.

Speaking at the Inauguration, the Registrar of the College of Humanities and Legal Studies, Mr. Ebenezer Aggrey, congratulated the new executives and advised them to work together as a team to position the association well on campus.

He underscored the need for the new leadership of CHINSA to embark on initiatives that would bring eventful memories to its members.

“…a lot more will be expected from you. Expand and grow the association to have eventful memories. We form associations for the good of memories,” he pointed out.

Mr. Aggrey was of the hope that the association would embrace all manner of students irrespective of their ethnic background. That, he noted, would bring out the unique identity of the association.

The Registrar challenged the leadership of CHINSA to be transparent and accountable to members, saying “leaders exist because of the members.”

Mr. Aggrey assured the newly-elected officers of the full support of the College. He told members of CHINSA to take their studies seriously and take advantage of the services of faculty and staff to facilitate their studies.

For his part, the Dean of the Faculty of Arts, Prof. Kwame Osei Kwarteng, advised the leadership of CHINSA to leave beyond reproach in the discharge of their duties. He stressed that integrity should be the hallmark of the executives while entreating CHINSA members to shun destructive criticisms and indulge in constructive criticisms of their leaders.

The newly elected President of CHINSA, Mr. Joseph Kyeremanteng, promised to use his experiences to make the association a formidable group on campus.