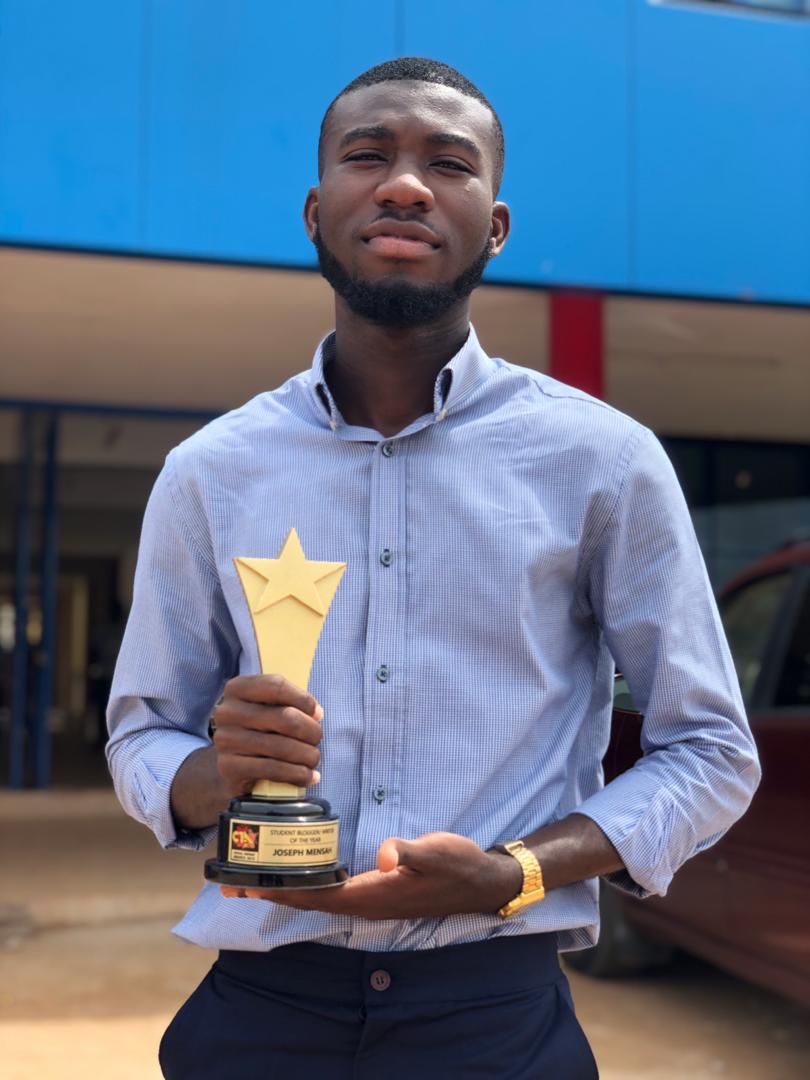 Final year student of the University of Cape Coast and a Communication Student, Joseph Kojo Mensah has won the Influential Student Writer/Blogger at the maiden edition of the Central Tertiary Awards.

The awards ceremony held on Friday at the GNAT Hall in Cape Coast was to encourage young leaders, honor outstanding personalities and recognize the works of young students who aspire to reach higher heights with their works, efforts and contribution to national development.

The student journalist and a creative writer was shortlisted among other writers and bloggers from some tertiary institutions within the Central Region including University of Education-Winneba (UEW), Cape Coast Technical University (CCTU) and the University of Cape Coast (UCC).

The creative writer, having acquired more than 3 years’ experience in the Journalism industry, has featured and reported on diverse issues including law, education, human rights, entertainment and international relations. He has been contributing to countless news reports aired on TV mostly on TV3 and its subsidiary Radio stations from Cape Coast and Takoradi. He has filed news reports involving the following personalities;

UCC’s Casford Hall grabbed the influential Hall of the year and other students wining several awards from their respective categories.