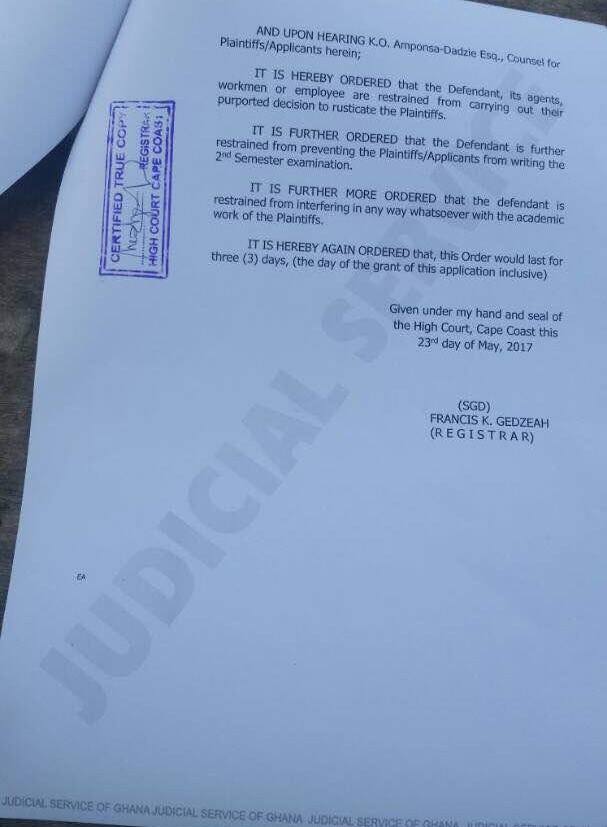 The Cape Coast High Court has ordered the University of Cape Coast to halt its decision of rusticating some 22 students indicted for their involvement in some clashes between Atlantic (ATL) and Oguaa Halls during a hall week celebration at the school months ago.

The court also directed the school to allow the students write their examinations and carryout other academic activities.

The University of Cape Coast last week said it had suspended the students, most of whom are hall executives of ATL for their involvement in the clashes that led to one student reportedly being paralyzed.

The school said some of the 22 indicted students were to stay home for two semesters while others were to be home for four semesters.

But the court ruled in favour of the students on Tuesday.

Among other things the court ordered the school not to interfere in any way whatsoever with the academic work of the Plaintiffs.

It also said ordered that the “Defendant [UCC] is further restrained from preventing the Plaintiffs/Applicants from writing the 2nd Semester examination.”