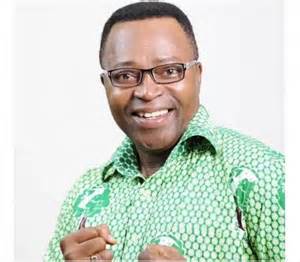 Veteran Ghanaian actor and television personality, Mr. David Dontoh, has encouraged students of the Performing Arts at the University of Cape Coast to work harder and make themselves available for opportunities.

He made this statement on Friday, April 21, 2017 at the College of Education Studies Lecture Theatre (CESLT) Auditorium 900 during a seminar organized by the Association of Performing Arts of the Department of Films and Theatre Studies, as part of the activities marking the association’s week celebration.

Speaking on the theme: “The Performing Arts and the Job Market”, Mr. Dontoh stated that hard work is a prerequisite for success.

“A lot of us do not want to work yet want to become stars. It is impossible and I can assure you of that one. If you do not work, forget becoming a star”, he said.

The Performing Arts or Film, according to Mr. Dontoh, is the hub of arts. He therefore entreated students to take advantage of the programme and learn every aspect of it. This, he said, would give them a better knowledge and understanding of both their input and that of others in the field.

“There is always the likelihood that you would develop interest in other areas in theatre. Once you have gotten yourself in theatre, there are several opportunities opened to you. These several opportunities represent the various disciplinary of theatre. Do not confine yourself to the fact that you are an actor so it ends there. You can actually develop and grow into another area and become a superstar there”, he explained.

Mr. Dontoh further advised theatre students not to live as others and also “rethink the way they think”.

“There is a Senegalese proverb which says that if you borrow someone’s legs, you only go where he leads you. And that is one thing about people that I am afraid of. Many people are walking around in other characters. They are first of all not themselves. As much as possible, try always to be yourself. That is your identity and that your identity has so many benefits”.

On the issue of the job market, he urged students to be resourceful by first creating their own jobs and also finding something to do by themselves.

“In this job, you create your own. After all, the work is creativity and I started by saying that creativity is activity. Find yourself something doing and the market will come to you. That is what makes you very tough.

The award winning actor revealed that for students of Performing Arts to get a job, they have to get a well prepared profile of themselves. According to him, it is a key element in the creative industry and speaks volumes about an individual.

A lecturer at the Department of Films and Theatre Studies, Mr. Atta, also urged students of the Performing Arts not to demean themselves because they hold they key to arts and also to understanding life better.

“Brighten the corner, where you are. Do not regret choosing this course. Be up and doing to make the theatre industry the best in the world”, he stated.