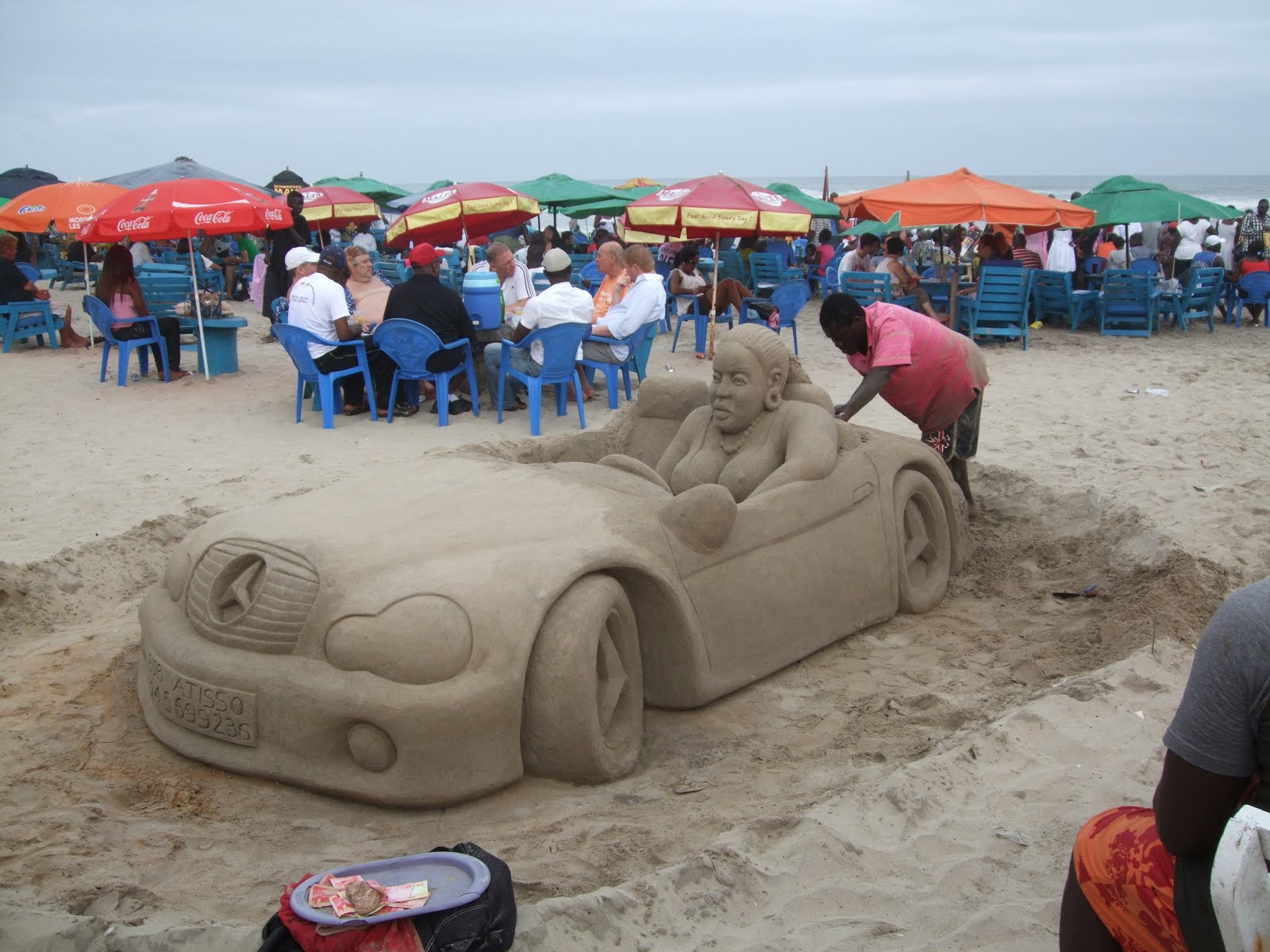 Activities to mark this year’s Easter festivities came in many shapes and forms  at the Cape Coast Metropolis including colourful and joyous moments at “Nkoso” Beach and parties at Petrol and Gas Filling Stations despite the looming dangers of these places.

Aside from believers featuring at various church premises and hired venues for religious celebrations, some afterwards indulged in non-religious performances with high assurance of being saved from their sins.

Colourful events were put up at the beaches, restaurants, hotels, and even the closest beach to the University of Cape Coast dubbed by some members of the university of community ‘NKOSO BEACH’.

Speaking to a cross section of students from the university, they said the beach was referred to as “Nkoso” Beach due to the high patronage of the indigenes of the metropolis at the beach.

‘Nkoso’, they roughly translated into AKAN as ‘ANKO SCHOOL’ which was supposedly meant to be in English as ‘Non-Students’ or if you like, ‘illiterates’.

The Spencer led team of investigative reporters however, was a bit sceptical about the proposition when they went to the so-called ‘Nkoso Beach’ on Easter Monday.

At random interaction with some individuals from different walks of lives within church groups, fun club, and non-grouped persons who had crowded the beach on Easter Monday, it was uncovered that, that beach was fun place for all persons in general.

But to some students, most students from the university preferred other beaches they claim were patronised by people of class.

However, heavy traffic was witnessed on the Elmina-Cape Coast road along the ‘NKOSO BEACH’ before and during sun set which indeed rarely happens.

In a related story, some popular filling stations saw a high patronage of customers on the evening of Easter Monday despite the potential danger of filling stations playing dual functions of selling fuel to motorists and hosting large crowd for entertainment purposes.

Some petrol filling stations such as Peidu Goil Filling Station double as entertainment centres and the upsurge of the dualistic nature of such stations in Cape Coast continues to pose a potential threat to patrons.

In February 2015, Spencer K. Boateng Mensah reported on TV3 News, how the University of Cape Coast (UCC) bemoans the location of some entertainment centres in the metropolis

Mr Elolo Gharbin who is the departmental head of Theatre and Film Studies at UCC stated in the news report that the Peidu Goil Filling Station and Rest Stop, the Sizzler Restaurant and ‘the one near the Adisadel College’ as highly inflammable entertainment centres.

A night at some of the sites the university cited witnessed hundreds of patrons on shifting bases while the stations were still serving vehicular customers petroleum products.

The extension of entertainment to the very joint where fuel retailing tube hangs at some of the stations was just dangerous.

Less than five footsteps from the joint, people were seen enjoying their beers whilst vehicles were being served fuel alongside.

Notwithstanding the fact that some customers were dancing to trucks and live band performances put together by the stations, some still made time for the news team.

On the contrary, another patron, Mike admitted that ‘…we are not secured but since we have nowhere else to go and have fun, we are taking it normal…’

In another development, Joy FM’s Midday news also reported on Wednesday 8th April that one of the two who sustained severe injuries from a gas explosion on Monday at Dansoman near Wesley Grammar Senior High School in Accra has passed on at the Korlebu Teaching Hospital.

Authority at the Central Regional Ghana Fire Service Headquarters says most filling stations in the metropolis are not adhering to fire safety measures.

The Assistant Division Officer grade 1 of the quarters, Samuel Kofi Sagoe expressed displeasure about how most of the filling stations in the metropolis are overlooking fire safety measures

‘…even the filling stations that organise entertainment should not sell fuel while the entertainment is going on, but during the Easter, this thing was very serious….someone who drinks could smoke at the same vantage point….though they have fire extinguishers the time fire personal would arrive many lives might have been lost’.

He claimed that the process to prosecute scape goats is cumbersome and therefore appealed to the government to make the process easy for proper enforcement.

Gamali Dosoo, Supervisor at Peidu Goil Filling Station, Restaurant & Rest Stop however maintained that his station operates in accordance with fire safety measures and ensures the safety of customers.

This, he said, was because ‘…we have our certificate, fire extinguishers and we periodically receive training from the fire service so we have little knowledge about how to quench fire, and they are closer to us too’

Director of Central Regional Environmental Protection Agency Kwasi Owusu-Sekyere hinted that the agency will vacate all Liquefied Petroleum Gas (LPG) stations that fail to meet the requirement for the establishment of such business by 2016.

But if not at anytime at all, the Fetu Afahye Festival originally known as ‘efin tu’- doing away with dirt, could eliminate (‘tu’) lives threatening entertainment (‘efin’).

May Cape Coast let the next Fetu Afahye Festival eliminate live-threatening entertainment centres by 1st September -when libation would be offered to usher the state into a peaceful new year or on 8th September-when a joint service of all denominations will be conducted at the Chapel Square to thank God through his begotten son who was supposedly crucified yet resurrected to save Christians of Cape Coast from FIRE this Easter and forever.