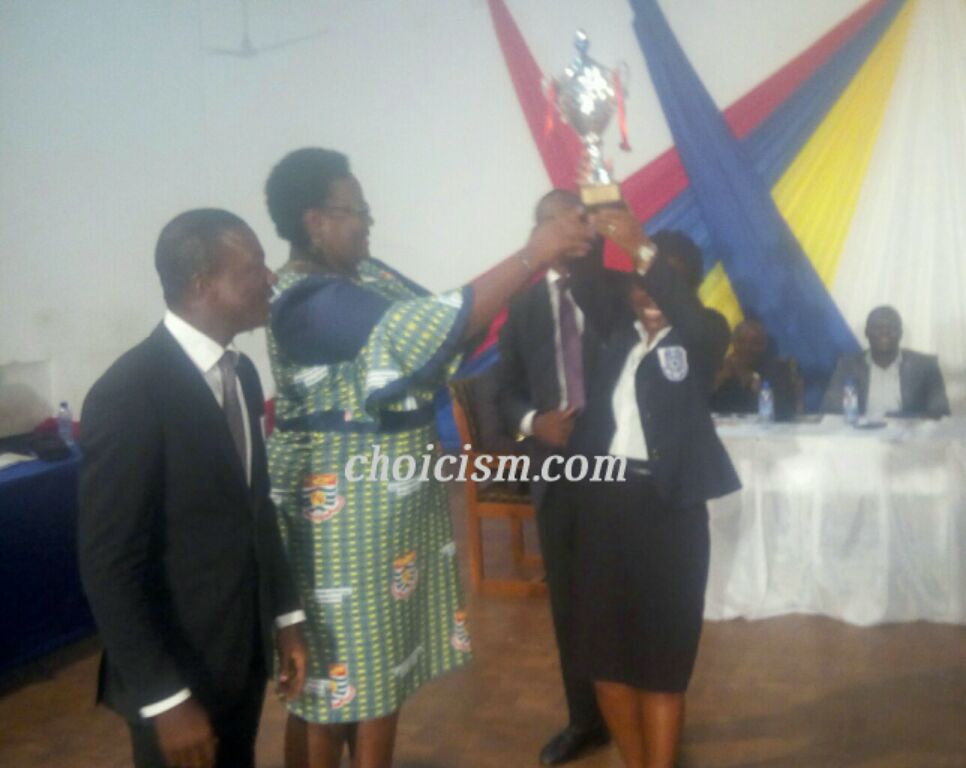 The Faculty of Law of the University of Cape Coast (UCC) has emerged winners of the first Inter-faculty students debate organized by the College of Humanities and Legal Studies (CHLS) on Monday, March 5, 2018.

Represented by the Faculty of Law were, Alexander Hackman-Aidoo, Percy N. W. Nunoo and Sister Callister Tetteh who battled it out intellectually with their colleagues from the School of Business, Emmanuel Nwanwa Mensah, Isaac Owusu Kwakye, and Katherine Makafui Amoussouvi; in the final round of the competition.

By giving antecedents to the style of financing education in Ghana from the late 1960’s till now, the students from the School of Business gave reasons why it is impossible for the government to take full responsibility of financing every student’s education at the tertiary level, including the increase in population amongst others.

Their colleagues from the other end of the motion stood to the fact that it is expedient and possible for the government to fully fund the education of every students in the country.

At the end of the final round, the Faculty of Law was adjourned winners of the Debate with a 79.3% score against the School of Business who scored 73.3%.

Certificates were awarded to all participants of the debate and the winning team took home a trophy and the bragging rights from now till the next time this competition is held again.

In attendance at the debate, were the Provost of the College, Prof Francisca Edu- Buandoh; the Deans of the various faculties of the College; lecturers and students from the College.

The Inter-faculty debate was part of activities scheduled for the first College’s week celebration.

On Saturday, March 3, 2018, the Week Celebration started with a health walk and aerobics session and the activities for the celebration continues as follows: